Tandem: A Tale of Shadows confirmed for October 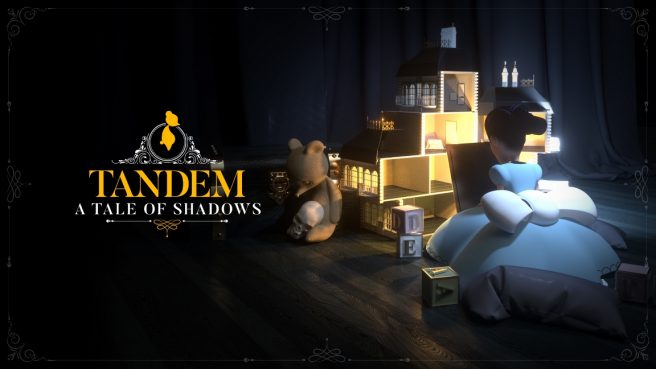 Tandem: A Tale of Shadows now has a release date on Switch. The game is slated for October 21, Hatinh Interactive and developer Monochrome announced today.

When Thomas Kane, the only son of a famous family of illusionists, inexplicably vanishes, 10-year-old Emma decides to investigate. On her way to the Kanes’ manor, Emma witnesses Fenton innocently bounce from a speeding carriage. The girl and the teddy bear chase after the wagon and enter the manor’s grounds. A captivating story of illusory dangers and shifting perspectives begins.

In Tandem: A Tale of Shadows, fans of puzzle platformers and action and adventure games will be able to peel back the curtain enshrouding five beautiful Victorian-inspired worlds. Players will alternate between Emma’s top-down view and Fenton’s horizontal side-scroller view, using the former’s lantern to cast shadows the teddy bear can cross. Intelligent obstacles and clever gameplay mechanics will force players to constantly remain on their toes.

Tandem: A Tale of Shadows will be sold digitally for Switch via the eShop.