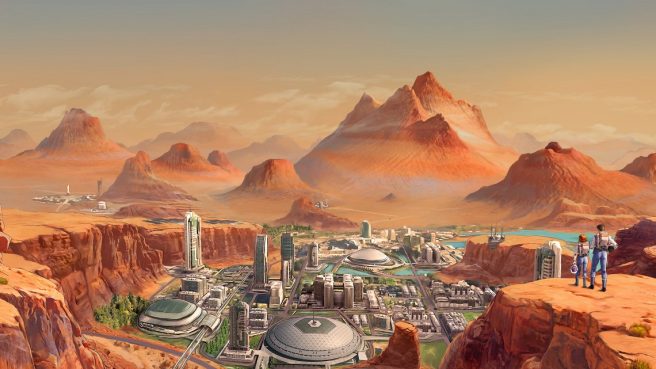 Goblinz Publishing and developer Asteroid Lab have announced Terraformers, an expansive colony builder and resource management game. A release window has not yet been decided.

Terraformers will have players exploring the Red Planet, developing spectacular cities, spreading life, and terraforming the planet with ambitious projects. Mentioned in the announcement is that the team “hopes their game will help inspire humankind to take its first steps out of the cradle and become an interplanetary species.”

Terraformers is a 3X game with roguelite elements in which you terraform Mars. Explore the planet’s wonders, exploit its resources and expand by settling new cities. Start the terraforming process: warming the planet, creating oceans and spreading life!
Features

– Explore the Red Planet – Send your leaders to mysterious locations and be the first to discover rich resource depots, giant crystal caves and stunning natural wonders.
– Develop your cities – Found new cities on craters and in lava Tubes. Make them thrive and meet your population’s rising demands.
– Manage your resources – Mine the rare metals of Mars, manufacture them into advanced goods and set up an effective transport system between your ever-growing cities.
– Terraform with ambitious projects – Restart a volcano, construct giant space mirrors or crash ice asteroids to geo-engineer the entire planet.
– Become a gardener of life – From spreading adaptive bacteria, to planting full-grown forests with bears. Each life form has specific requirements and provides strategic benefits.
– Meet rising expectations – After the initial excitement of living on a strange planet wears off, your citizens will demand higher comforts of living. Also your investors from Earth will try to push their own agendas…

When it’s ready, Terraformers should be heading to Switch as an eShop download. We’ll keep you updated going forward as the project continues development.