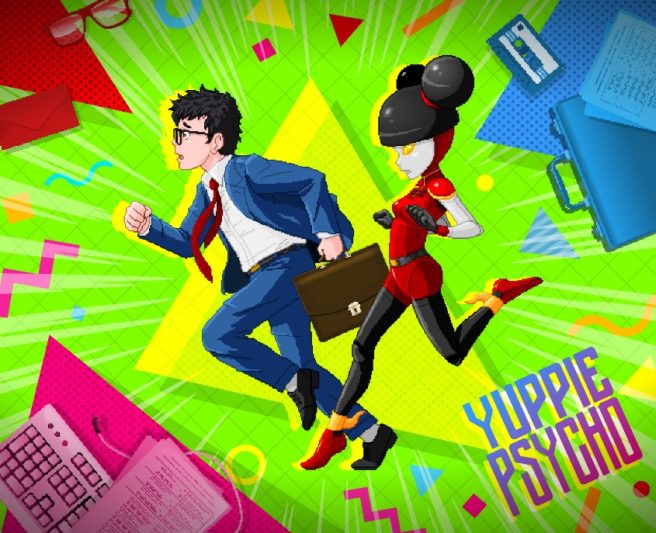 Baroque Decay worked with Merge Games to bring The Count Lucanor to Switch last year. The studio’s next project, Yuppie Psycho, is now confirmed for the console as well.

Yuppie Psycho features a mix of different genres, including survival horror, graphic adventure, and puzzle-solving. The primary mission involves breaking into and investigating the secrets at Sintracorp, the most important company in the world. Main character Brian Pasternak discovers that his job is to hunt a “witch” whose powers made the success of the corporation possible, but has now returned to torment its employees.

Further information about Yuppie Psycho can be found below, along with a trailer.

Nine months after the debut of their first chilling adventure, “The Count Lucanor,” which explored the horror lurking under the surface of fairytales, Baroque Decay presents its next survival horror project: “Yuppie Psycho.” In this game, we will meet Brian as he begins the first day of his job at a large corporation that has fallen under the curse of a witch.

“Yuppie Psycho” has a retro aesthetic from the golden age of the 90’s, featuring anime-inspired cutscenes to immerse the player in an atypical horror story. Containing an atmosphere of mystery and surrealism similar to those previously devised by infamous artists such as David Lynch, David Cronenberg, J.G. Ballard, and Shinya Tsukamoto or seen in cult films like “American Psycho” and “Brazil.” The sordid imagery of mangaka such as Shintaro Kago and Junji Ito was also a huge inspiration upon our artistic design.

Set in a dystopian 90’s with shades of cyberpunk, the player will have to break into and investigate the secrets hidden deep within the heart of Sintracorp. Avoiding traps, solving puzzles, exploring, and utilizing stealth to avoid the creatures swarming the company along the way.

Brian Pasternak, a young man with no future in a dystopian society, receives a mysterious letter inviting him to work at the headquarters of Sintracorp, the most important company in the world. Once inside, he discovers what his new job really entails: hunting a “witch” whose powers made the success of the corporation possible in the first place, but who now seems to have returned to torment its employees. Brian will meet all kinds of odd characters, escape from terrible creatures, and unravel the hidden secrets of Sintracorp’s dark past.

– Exploration: Use the elevator to discover what’s hiding on every floor and within the various departments of the powerful company Sintracorp.
– Conversation: Investigate your co-workers and discover their secrets.
– Stealth: The corridors of this company aren’t safe at all… creatures and bizarre employees will force you to hide and, if all else fails, run!
– Decisions: Only you can decide how this story will end.
– Lighting: Use different light sources to light your path and reveal what is breathing in the dark.
– Puzzles: Find clues, solve riddles, discover new paths, and overcome challenges – all without letting the witch catch you!

Thanks to m_t for the top.