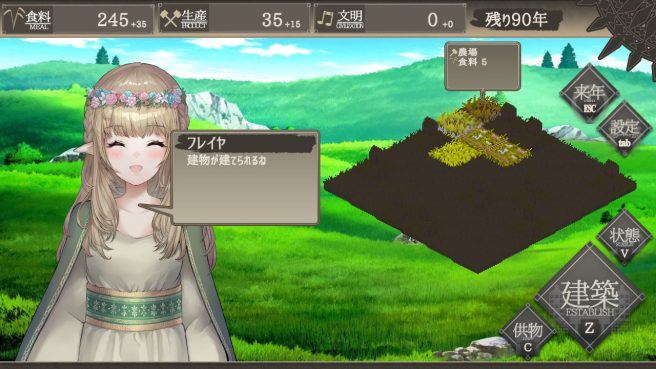 According to a new report from Famitsu, Kaeru-san Games’ turn-based simulation title The Hundred Year Kingdom is on the way to Switch. Chorus Worldwide and Waku Waku Games will be bringing it to the platform in Q4 2021.

Here’s an overview of The Hundred Year Kingdom with additional details:

Welcome to an untouched new world. Only you the Creator – and a mythical young goddess who calls herself an oracle exist here. Share times of laughter, tears, and joy as you combine your skills and powers to guide the emergence of a brand new civilization. Behold what becomes of your world after a century of growth.

The Hundred Year Kingdom will be sold digitally for Switch as an eShop download.