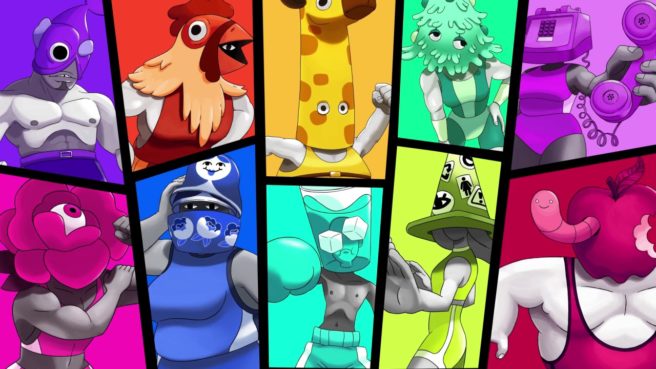 Jackbox Games has introduced the latest game that will be included in The Jackbox Party Pack 7: Champ’d Up. It supports between three and eight players, and involves drawing absurd characters that face off in unusual contests.

Here’s the full rundown plus a trailer:

Champ’d Up (3-8 players) is a drawing game where you create absurd characters that face off in unusual contests.

Each round of battle begins with players drawing and naming two types of characters: a favorite and an underdog. When you create a favorite, you know what unusual title you’re trying to win, like the Champion of Cowards. The only information you get when creating an underdog, however, is which character they’ll be matched up against, so you must analyze your opponent and create what you hope is a worthy challenger. When the action starts, favorites will be pitted against underdogs and mayhem / major upsets will ensue.

The “fighting” culminates with a tag team round in which players can tag out new characters with previous ones. Is it wiser to keep the same character in or go to your bench full of misfits? It all depends on the contest. If you want to become the GOAT, you’ve got to win the vote.

Previous games for The Jackbox Party Pack 7 include The Devils and the Details and Quiplash 3. Two more will be revealed in the future.