ToeJam & Earl: Back in the Groove will have a physical release on Switch, thanks to Limited Run 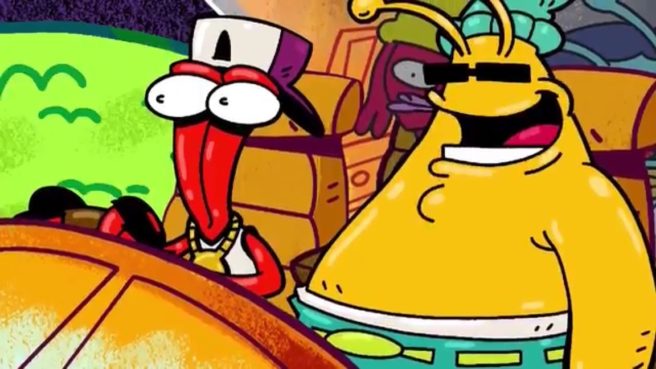 ToeJam & Earl: Back in the Groove still doesn’t have a release date. However, there is one thing we do know: there will be a physical version.

Limited Run announced the physical release today. Fans at PAX West can celebrate the news by picking up a commemorative Genesis case.

We're beyond excited to announce that we'll be releasing physical editions of ToeJam & Earl Back In The Groove for the PlayStation 4 and Nintendo Switch! If you're at PAX West, celebrate our announcement by picking up a jammin' commemorative Genesis case. Only 500 exist! pic.twitter.com/YGtbL6k5KL

This #PAXWest2018 exclusive @toejamandearl Genesis case comes with an 18 x 24 inch poster and a high gloss trading card set stored in a cartridge style box (that sits nicely in the case's cartridge holder). Each case is individually numbered from 1 – 500. pic.twitter.com/uel1m8eSOJ

More pictures of this awesome commemorative piece! Make sure to drop by our booth and grab one if you are at #PAXWest – we're at booth #6119! pic.twitter.com/iWGaZP0m5y

ToeJam & Earl: Back in the Groove launches later this year.