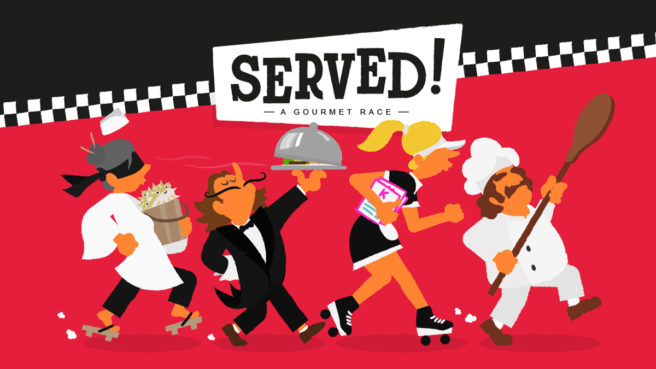 A listing on the eShop shows that Served!, a top-down multiplayer racing game, will be available on Switch this month. Its digital release is currently scheduled for February 27.

The game features different typical characters from the world cuisine, in iconic venues of local gastronomy.

Each playable character has his own attack corresponding to his cuisine to spice the game up.