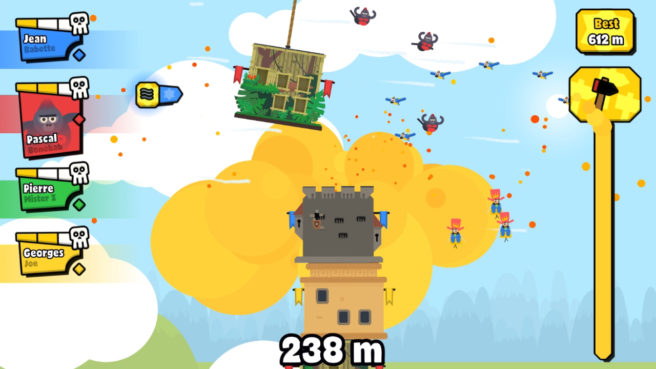 When we last heard about Tower of Babel, the tower-building party game was due out around Christmas. While that ultimately didn’t happen, it seems we have a final release date. New listings have popped up on the North American and European eShops with a release date of February 21.

Here’s some information about Tower of Babel as well as a trailer:

Who, as a child, didn’t enjoy smashing his brother’s or sister’s carefully built tower?

Tower of Babel is a multiplayer physics-based tower building game. You and your friends will have to build a tower together. But beware! Who makes the tower collapse loses the game. Build with caution then cast magic spells to scupper your friends moves!

Easy to pick up and endless fun! Play with your friends or with your family in 3 crazy modes. You can also play online against another team!

With alliance games and combined magic spells, it won’t be an easy ride. Tower of Babel is a game that cements friendships and breaks towers… or the other way around!

Tower of Babel will cost $9.99 on the Switch eShop.