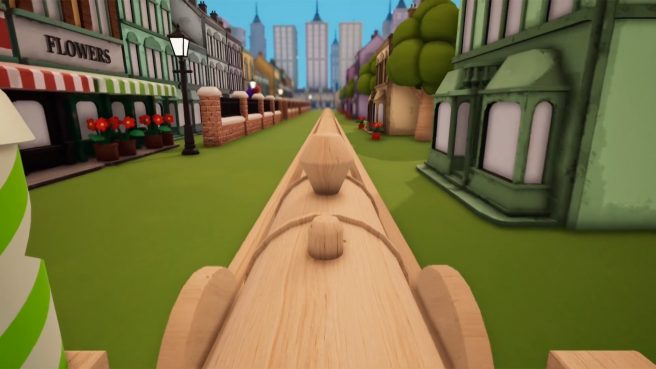 Excalibur Games and Whoop Group have announced that Tracks: Toybox Edition, a toy train set builder, will be released on Switch. It’ll launch in November with the Tracks: Suburban and Tracks: Sci-Fi packs included.

We have the following overview and trailer for Tracks: Toybox Edition:

Tracks is a beautiful toy train set builder which gives you the tools to play without limits.

Jump into an expansive sandbox and lay down track pieces, create bridges and build towns with Tracks’ easy to get to grips with gameplay.

Once you’re ready, hop into the driver’s seat and ride your little train in first-person view – controlling the speed and direction, as you ride the rails.

Start with a pre-made environment, be it a modern lounge or a night time Winter wonderland, or jump into an entirely blank world canvas. Add trees and foliage from various world biomes, buildings, stations, animals, vehicles, decor and more. Customise your world further by altering terrain and fog colours. Make your train your own, selecting colours and patterns.

Play with boosters, musical bells and ramps to make your train set an exciting ride! For a more complex railway system, add junctions and even introduce multiple trains.

From sprawling green countryside to desert towns, and atmospheric foggy industry sites to vibrant circus setups, countless options await you and your train set. Let your imagination thrive and build the toy train set of your dreams.

Tracks: Toybox Edition will be sold digitally for Switch via the eShop.