Trybit Logic out now on the Switch eShop in North America, tomorrow in Europe 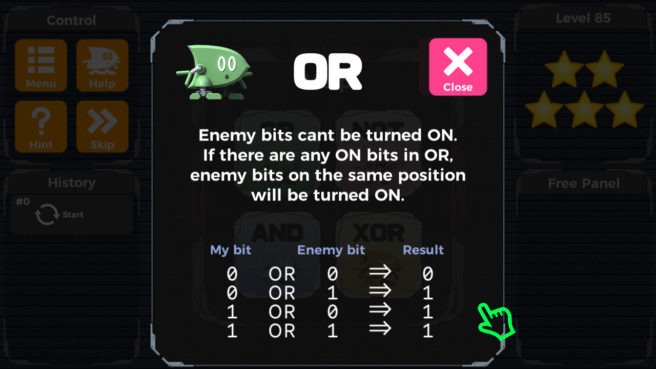 Every now and then a Switch eShop game falls under the radar. That’s might be the case with Trybit Logic, which just came out stateside last week and lands in Europe tomorrow.

Trybit Logic is a puzzle game made by HIMACS. We’re told that it caters to engineers and those with a programming mindset by exploring bitwise operators. The series, which is also on mobile, has been well-received in Japan with over 350,000 downloads. NEP G.K. has localized the Switch release and is looking to connect with fans interested in the engineering side of games and bring similar content to an English-speaking audience.

Here’s more information on Trybit Logic plus a trailer:

Trybit Logic is a fun puzzle game that lets you learn about logical operations used in computer programming.

Strategically combine the logical operations panels to defeat the bugs.

– Manipulate the logical operations panels onscreen to solve the bugs.

– Think about how to combine panels and move them around to find the solution!

– Use the panels to defend against the bugs advancing onscreen from the right.

– If a bug reaches one of the BITROBO, it’s game over.