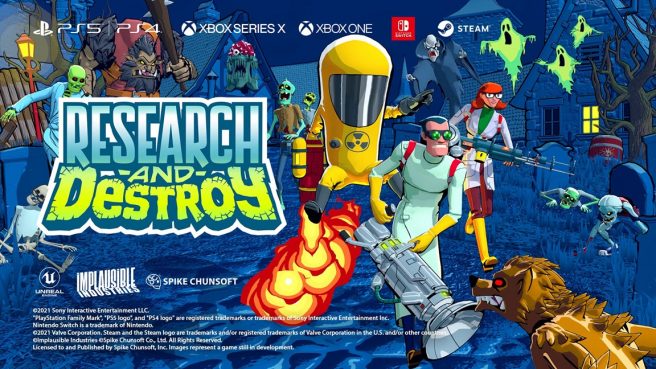 Spike Chunsoft and Implausible Industries have announced Research and Destroy, a new turn-based action game. The title will be releasing on Switch in October.

Research and Destroy is a turn-based action game with simultaneous local or online co-op. Take control of three brilliant scientists as you research and develop strange new weapons and gadgets to destroy the Supernatural hordes that have all but crushed humanity!