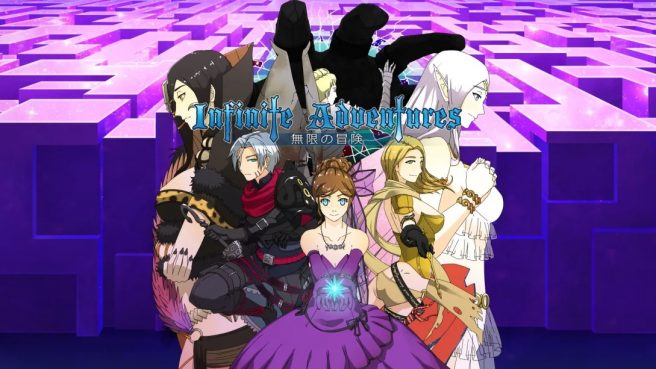 The turn-based, dungeon crawling RPG Infinite Adventures will land on Switch this month, Stormseeker Games announced today. It will launch on April 22.

Here’s an overview of Infinite Adventures, along with a trailer:

Infinite Adventures is a turn-based, dungeon crawling RPG inspired by classic dungeon CRPGs; with modern design elements, an engaging story line and fresh new mechanics for exploration, combat and progression. You are the Traveler, a hero with a forgotten memory. Assemble your party and explore the Infinite Labyrinth to discover the truths of your past. Infinite Adventures consists 6 chapters, each with different tilesets, 24 dungeon levels and 25-40 hours of game play. Challenge yourself further with 56 side quests and 10 optional post game Super Bosses. The game features 3D Dungeon exploration from a first-person point of view and 2D anime styled character art.

– Explore 24 dungeon levels within the Infinite Labyrinth
– Endless dungeon crawling through procedurally generated dungeon levels
– Hundreds of beautiful anime styled characters and enemies
– Strategic Turn Based combat against hundreds of enemies
– Create your own party of characters from one of 5 Races and 10 Classes while choosing from 190+ full body character art pieces
– Customize skills as each character levels up with over 260 skills and 24 summons to master
– Engage with over 40 NPCs, all fully voice acted
– Complete more than 50 optional side quests, all fully voice acted
– Connect with the story as 25 original musical pieces help stir your imagination
– Embark on an epic adventure to unravel the mysteries within the Infinite Labyrinth
– Challenge yourself further by conquering one of the 10 optional post game Super Bosses

Infinite Adventures will cost $14.99 on the Switch eShop. If you’re interested in the game, it can be pre-ordered now.