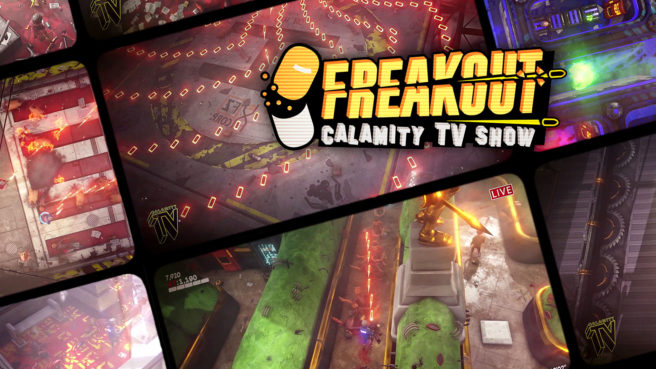 Freakout: Calamity TV Show, a twin-stick shooter developed by Immaterial Studio, is finding its way to Switch next week. JanduSoft is handling publishing.

In a disturbed dystopia filled with mutants and killing machines, you’re the star of a reality show which might get a bit too real. Fight your way through the deadly enemy waves, join the revolution, and try to take down the evil Fizzy Corp.

– Fast and Intense action will blow your mind!

– Challenge your skills from homeopatic level of difficulty to … overdose of enemies !

– Customize your gear with various weapons and hero modifiers!