Vampire: The Masquerade – Coteries of New York launches for Switch on March 24 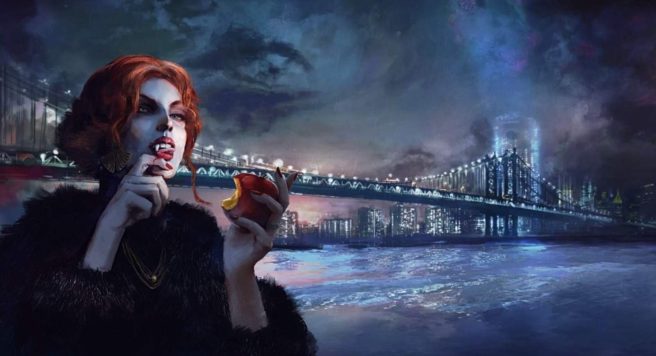 Draw Distance has dated the Switch version of Vampire: The Masquerade – Coteries of New York. The single-player narrative experience will arrive on March 24, the developer announced today.

Here’s an overview of Vampire: The Masquerade – Coteries of New York, along with a trailer:

General information about the game

Vampire: The Masquerade – Coteries of New York presents conflict between two vampiric factions: the traditionalist Camarilla and the fiercely independent Anarchs. Their ongoing conflict plays out amid the iconic landmarks and night lights of New York. It’s a unique, single-player narrative experience, set in the rich, fully-licensed universe of Vampire: The Masquerade 5th Edition.

As a newly-fledged vampire in New York. You must learn what it means to be one of the Kindred in a huge, contemporary metropolis. On your way you’ll meet NPCs – other vampires, thin-bloods, ghouls, humans… and more. You will perform tasks that will put your humanity to the test and take part in a complex and often brutal struggle for power between the Camarilla and the Anarchs. You’ll build your Coterie and learn your undead companions’ deepest secrets…or see them abandon you.

You’ll be able to use clan Disciplines to charm, sneak, intimidate or kill, and your choices will determine your path.

The game is primarily text-driven and story oriented presented in visual novel style, it also include branching dialogue and several additional elements that reflect the dark truths of being one of the Kindred like Disciplines (vampiric powers) that can help with quests. You will be able to choose your quest on the map-hub of New York, you will manage precious nigh time, create your own coterie and will have to control your hunger so not to let the Beast inside you to take control over your actions.

– Choose one of three pre-defined characters and play as a Ventrue, Toreador or Brujah
– Each playable character offers a selection of powers (Disciplines), different ethical approaches to certain issues, and unique dialogue lines
– Character-oriented quests allow you to meet four unique non-playable characters: a Tremere sorcerer, a Nosferatu detective, a Gangrel of conflicted loyalties and a Malkavian multifoliate online personality with their own agendas. Win their hearts and minds and up to two of them will assist you in the finale
– Depending on your choice of the Clan you will be able to see the events from a distinct perspective. One playthrough is not enough to see all the game has to offer!
– Different paths leading to a grand finale that will leave you surprised and eager to see more
– Suitable for both Vampire: The Masquerade veterans, and fans of mature narrative-driven games who are newcomers to the setting