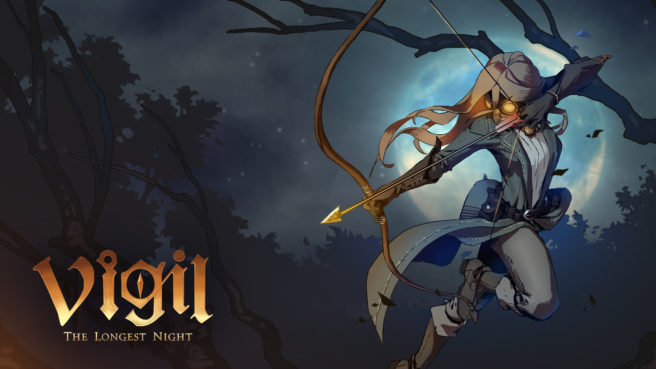 We have the following information and trailer for Vigil: The Longest Night:

In a world without sunlight, Leila, a member of the Vigil, returns to her hometown in search of a lost sister and becomes lost in a world of unimaginable terror as she uncovers the secrets of the town and source of evil that plagues the countryside.

Vigil: The Longest Night highlights a detailed art style inspired by paintings from the medieval period and influenced by the art of Chinese Paper Cutting. Vigil: The Longest Night takes inspiration from classics like Castlevania and modern marvels like Salt & Sanctuary and Bloodborne. Glass Heart hopes that Leila’s tale will catch player’s attention with its precise and technical combat as well as a rich and strong narrative — a unique tale of eldritch horror that combines Lovecraftian prose and Taiwanese culture.

– Experiment with 4 types of weapons — sword, heavy weapons, twin daggers, and bow — along with many mystical variations to be discovered.
– Use dozens of unique items to help, heal, and harm.
– Level up a complex skill tree to help you create the ultimate warrior of light.
– Battle variety of brutal enemies and the bizarre bosses from the depths of your nightmares.
– Unravel the multiple endings and uncover the secrets that lurk in the darkness.
– Become infected with the sinister mood evoked by dank caves, abandoned villages, and haunted forests.
– Listen to the atmospheric music by the talented Jouni Valjakka of popular Finish band Whispered.