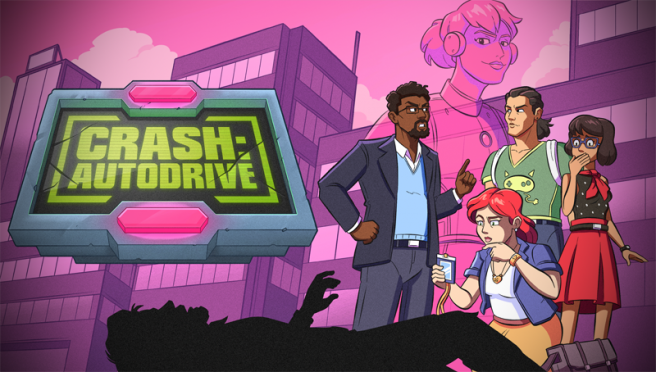 Studio Nightcap has announced that murder mystery visual novel CRASH: Autodrive is arriving on Switch next month. Check out an overview and trailer below.

CRASH: Autodrive is a narrative adventure set in the near future where nobody drives and self-driving Autocabs rule the city streets. It’s just a normal day when four strangers get into an Autocab, but they are quickly thrust into danger when the car impossibly hits a cyclist. When they exit the car, they discover they all know the victim and they all have a motive for murder! Even the car’s artificial intelligence!

You play as Emily, a young woman from a small town trying to make it in the big city. You will get to know your fellow passengers, and the car’s A.I. as you investigate clues, solve puzzles, and use the clues you find to contradict lies, explore new conversations, and piece together the mystery of who killed Thomas Sinclair!

CRASH: Autodrive is scheduled to launch digitally on the Switch eShop on August 31.