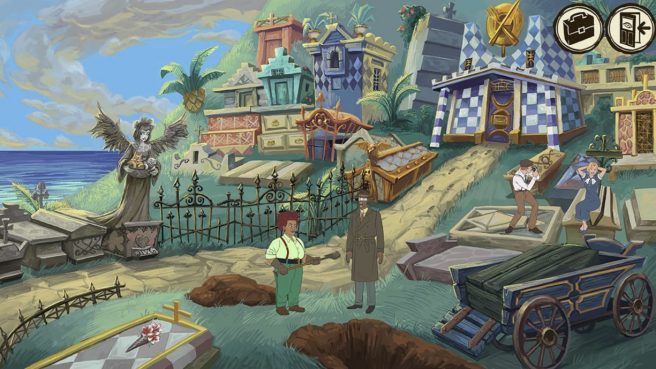 Voodoo Detective saw its initial debut this year, and Short Sleeve Studio has now announced that it will soon be available on Switch. Look for it on September 29, 2022.

Voodoo Detective is a 2D point-and-click adventure game with hand-drawn animation inspired by Monkey Island and King’s Quest. It features a full cast of veteran voice talent plus a soundtrack composed by Peter McConnell.

If you’re looking for adventure, you will find it in Voodoo Detective, the point-and-click sensation!

Against this fascinating backdrop we meet a mysterious woman with no past standing at the center of a drama so profound the threads of reality are threatening to unravel!

Join Voodoo Detective on his latest case, where danger hides behind every dirty secret and each thrilling moment may be his last. It’s time to don your fedora and trench coat, detective, you’ve got a mystery to solve!

Voodoo Detective will cost $14.99 on the Switch eShop.