What was your gaming epiphany? 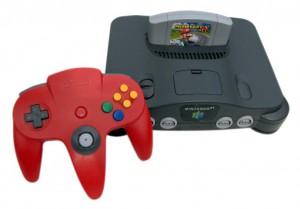 Thinking back to the days of my youth, one memory stands out above all else: The summers. School was out, the air was fresh, and all the kids got together to play baseball and Frisbee in the park. All of them except me, because summers to me were filled with nothing but a constant fascination with the Nintendo 64. First it started with FIFA (which version it was eludes me at the moment) but as the summer went on I got more games, from Mario 64 to my personal favorite, Star Fox 64. Then, at the end of the summer, it all went away once again, leaving me dreaming of games throughout the fall, winter and spring until the cycle repeated itself.

Though, you’re probably wondering, “Why such an odd cycle of gaming, Austin?”, and I’m about to tell you.

Every summer, my mom (who worked as a child-care provider at a school) had the privilege of borrowing the school’s N64 and bringing it home to me and my siblings to play non-stop, and every summer we started with just one game: FIFA. Now, I’m no soccer fan, and I certainly wasn’t then, but simply the fact that I was playing a Nintendo 64, even though I had no idea how to play or what I was doing, was a magical feeling in itself.

About a week later when the real games came along (Mario 64, Star Fox and Mario Kart) is when my fascination turned into a temporary obsession. I played for hours on end, repeating the first level of Wave Race and never quite beating the first Bowser due to lack of skill, but no matter how many repetitions I took, it never got boring. The race against Koopa the Quick, trying to walk down the spirally mountain with King Bob-Bomb in my arms, and flying across the water with dolphins are some of the fondest memories of my childhood, but even those games couldn’t compare to the one game I played endlessly to the point where I memorized the dialogue of many levels: That game, if it wasn’t already obvious, was (and still is) Star Fox 64. 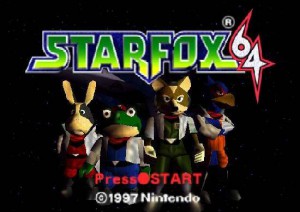 From the time I turned it on, Star Fox had me captivated. The game possessed non-stop action, fast-paced shooting and characters that reacted to your actions. What more could you ask for in a game? At the age of 8, not much. I was glued to the TV for hours at a time, saving Slippy’s hide and laughing whenever Falco shouted “Hey Einstein, I’m on your side!” At that age, I wasn’t sophisticated enough to understand things like gameplay and controls and graphics. I was just captivated by the idea of it all to the point where I didn’t care.

Looking back on it now, it really amazes me how many times I was able to play through the game (granted I never actually beat it the “real” way during my childhood) without getting bored, and even today I’m still able to power through the game multiple times in a session without so much as thinking about playing anything else. Obviously not everyone that reads my short outing will share my love for Star Fox, much less love it for the reasons I do, but I know that everyone has that one game that was a sort of gaming epiphany for them, if you will. This brings me to the point of my article, and the question that started me writing this in the first place: What was your gaming epiphany? Perhaps it was when you first played Super Mario Bros. on the NES, or when you finally got through Ghosts and Goblins after many hours of playing? Whatever it was, leave your answers in the comments section below!