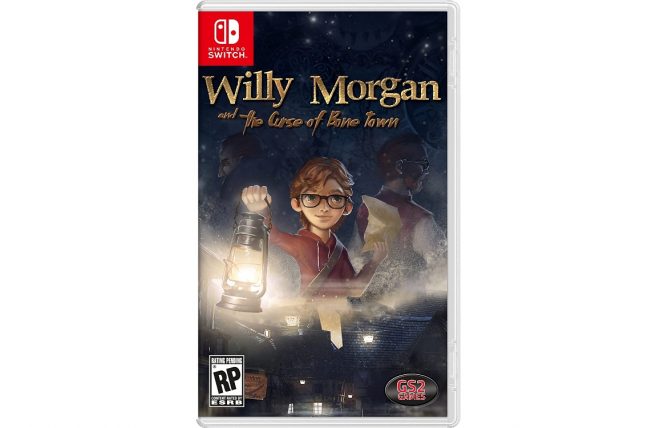 A physical version of Willy Morgan and The Curse of Bone Town is on the way to Switch, GS2 Games and Leonardo Interactive have announced.

The point-and-click side-scrolling adventure game first landed on Switch in June 2021. Thus far, it has only been sold as a digital download on the eShop. It now looks like that will be changing later in the year.

Willy Morgan is a third-person adventure game, set in a fantasy pirate-themed world with a modern touch. Combining the traditional point-and-click genre gameplay with a unique cartoon 3D graphics, Willy Morgan has the dreamy atmosphere, the humor and the freedom to explore typical of timeless classics.

The story unfolds through funny dialogues and challenging puzzles.
Keen powers of observation, intuition and imagination are going to be needed in order to succeed and ultimately find the truth.

– Non-linear gameplay: Explore without constraint, collect items and solve brilliant puzzles.
– Unique graphic style: A fanciful deformed world with a magical atmosphere.
– Cinematographic cutscenes and over 50 locations to see.
– A Pirate world with a modern twist: Pirates and computers…? Well, why not!
– 15 NPCs to interact with: Learn about the story through several hours of interactive dialogues packed with irony and easter eggs.
– Original soundtrack: More than 2 hours of original music.

10 years have passed since the mysterious disappearance of Willy’s father, the famous archaeologist Henry Morgan. One day, the postman delivers him a strange letter:

The physical version of Willy Morgan and The Curse of Bone Town is slated for November 2022. Amazon is taking pre-orders here.