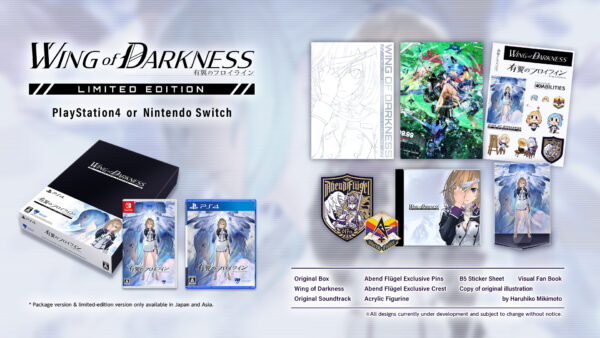 While Wing of Darkness was first slated for a February 25th release date, publisher Clouded Leopard Entertainment has announced a delay for the title. Now arriving on June 3, 2020, the wait will give the developers time to polish up the visuals, fine-tune gameplay and design, tweak cutscenes, adjust balance in level difficulty as well as make final adjustments to console compatibility. Hopefully the changes will result in a more stable product that fans can enjoy.

Additionally, the limited edition for the game has been announced to include the following: