Wonder Boy: Asha in Monster World launching on Switch in the west this month 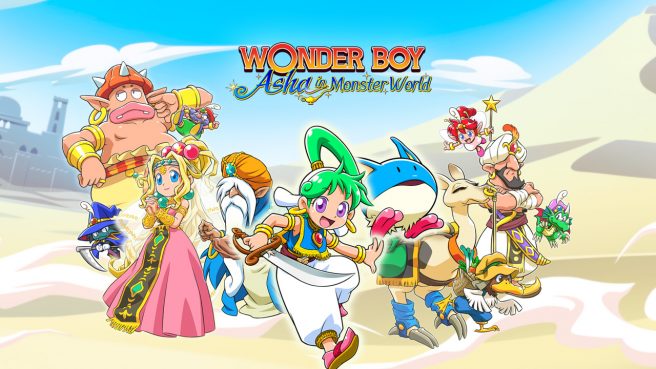 ININ Games and Studio Artdink today revealed the final western release date for Wonder Boy: Asha in Monster World. The game is coming to Switch on May 28 in North America, Europe, and Australia. It recently launched in Japan.

Here’s an overview of Wonder Boy: Asha in Monster World:

Immerse yourself in a fully remastered Wonder Boy adventure that stays true to its roots as the latest part of the legendary and successful series, that dates back to 1986.

While the story remains true to the original game, it’s a full remake of Monster World IV, with cell-shaded 3D graphics and 2D gameplay that stays close to the beloved original gameplay as well as enhanced visuals and refined play content. Especially in the event scenes the performance is deepened and the world view is reproduced vividly and colorful. Plus for the first time in the series, it comes with a character voice—by the popular and talented Japanese voice actress Ai Fairouz.

The fully remastered version of Wonder Boy IV is led by none other than its creator, Ryuichi Nishizawa. Additionally, he is supported by Shinichi Sakamoto for new and improved music and sound effects, Maki Oozora for character design and Takanori Kurihara as creative manager to create a worthy remake and new entry to the iconic series.