Wonder Boy Collection to be released for Switch 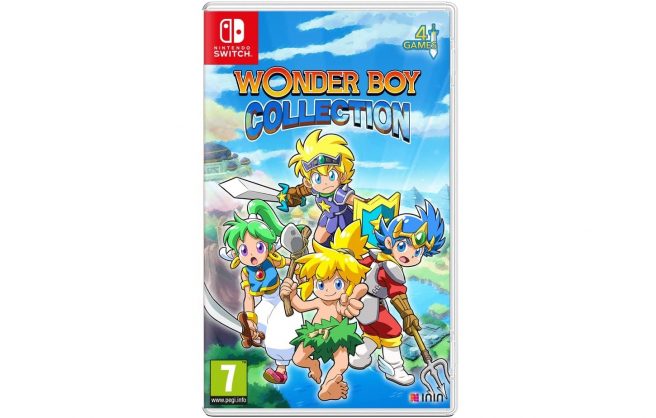 For the most part, these games will be offered just like they were back in the day. However, some additions will be included such as a filter, shader, rewind option, and art gallery.

Here’s some additional information from the Amazon UK listing:

Bringing together four of the very best Wonder Boy games – from the original 1986 arcade version to 1994’s Monster World IV – this remarkable collection gives you a chance to experience one of the most influential series from gaming’s past.

Through the 1980s and 1990s the Wonder Boy games built up a huge following with their dazzling blend of energetic platforming and action-RPG gameplay. Unlike other titans from the platform genre, however, the Wonder Boy games have seen very limited release in the West on modern gaming hardware. Until now!

The Wonder Boy games are designed to be simple to pick-up and play for gamers of every ability – but contain enough depth and challenge to keep even the most skilled players busy. And now they’re updated with modern features such as the ability to rewind your game at any moment.

So whether you’re looking to try this iconic gaming series for the first time, revisit a youth spent playing Wonder Boy, or add a refreshingly distinct platformer to your collection, Wonder Boy Collection is the perfect package for you!

Assuming Amazon UK is correct, Wonder Boy Collection will be released on June 4, 2022.