World of Horror announced for Switch 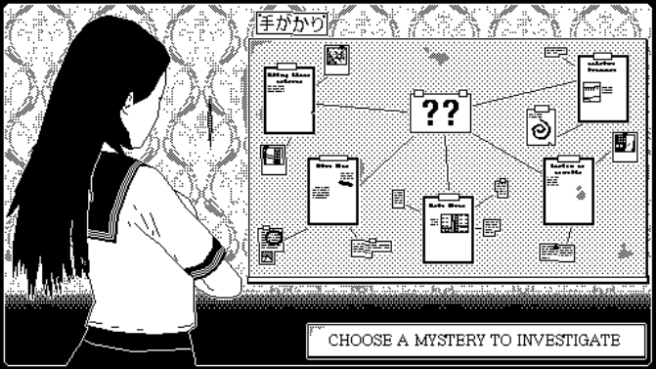 World of Horror is in development for Switch, Panstasz and Ysbryd Games announced today. The cosmic horror retro RPG is coming to the system in 2019. It’ll be playable at PAX West between August 31 and September 4.

The Old Gods are reawakening, clawing their way back into a world that’s spiraling into a mysterious madness. In a small, seaside town of Japan, the population’s sanity is dwindling and otherworldly, grotesque creatures terrorize those who call the place home. It’s the end of the world and the only solution is to confront the terror reigning over the apocalypse.

Navigate this hellish, roguelite reality through turn-based combat and unforgiving choices. Experiment with the events of a playthrough by building a deck of event cards to discover different outcomes for your battles against the darkness. Different decks may even unlock new mysteries or clues.

World of Horror features branching stories with five playable characters to brave the chaos, each with their own story and a different perspective on the events that unfold. Unravel puzzles and mysteries through spells that sacrifice sanity. Uncover disturbing and shocking clues. Diligently search every nook and cranny, scouring for helpful items that may come in handy in another twisted encounter.

Experience the quiet horror of this love letter to the works of Junji Ito and H.P. Lovecraft. World of Horror is free of typical jump scares, relying solely on its unnerving environments and amorphous terrors to create a gnawing sense of dread. Complimented by haunting chiptunes and a 1-bit art style with a variety of available palettes, World of Horror presents a series of frightening and unsettling accounts that linger well after stepping away.

Cassandra Khaw, writer on games including Wasteland 3, Sunless Skies and She Remembered Caterpillars, as well as author of the critically acclaimed horror novel Hammers on Bone, will collaborate with Panstasz on the writing for World of Horror.

World of Horror will support English and other languages to be announced at a later date.