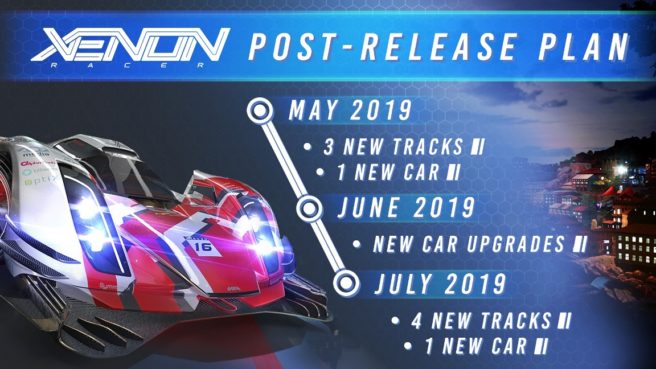 SOEDESCO and 3DClouds have announced post-launch update plans for Xenon Racer. The Switch game will be receiving new content in May, June, and July.