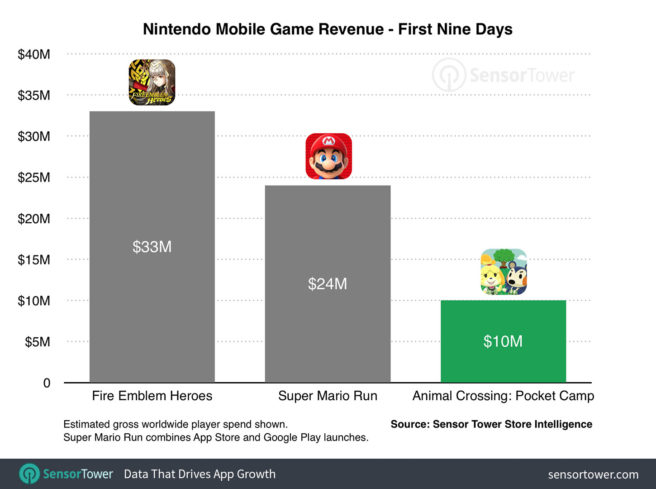 Animal Crossing: Pocket Camp has already been downloaded over 15 million times in under the week. But how is it doing in terms of revenue? Sensor Tower shares its latest findings.

In its first nine days, Animal Crossing: Pocket Camp has generated roughly $10 million. That’s nothing to snuff at, but it’s behind Fire Emblem Heroes and Super Mario Run in terms of launch spending.

A huge amount of Animal Crossing: Pocket Camp’s revenue has come from Japan thus far, making up about 86 percent of player spending to date. United States follows next at about 11 percent.

Japanese players are averaging $4.16 per download. Moreover, they have spent about 16 times as much on average per download than the second-highest-spending country, Canada, at 25 cents. Sensor Tower ranks the US seventh at an average of 12 cents per download. 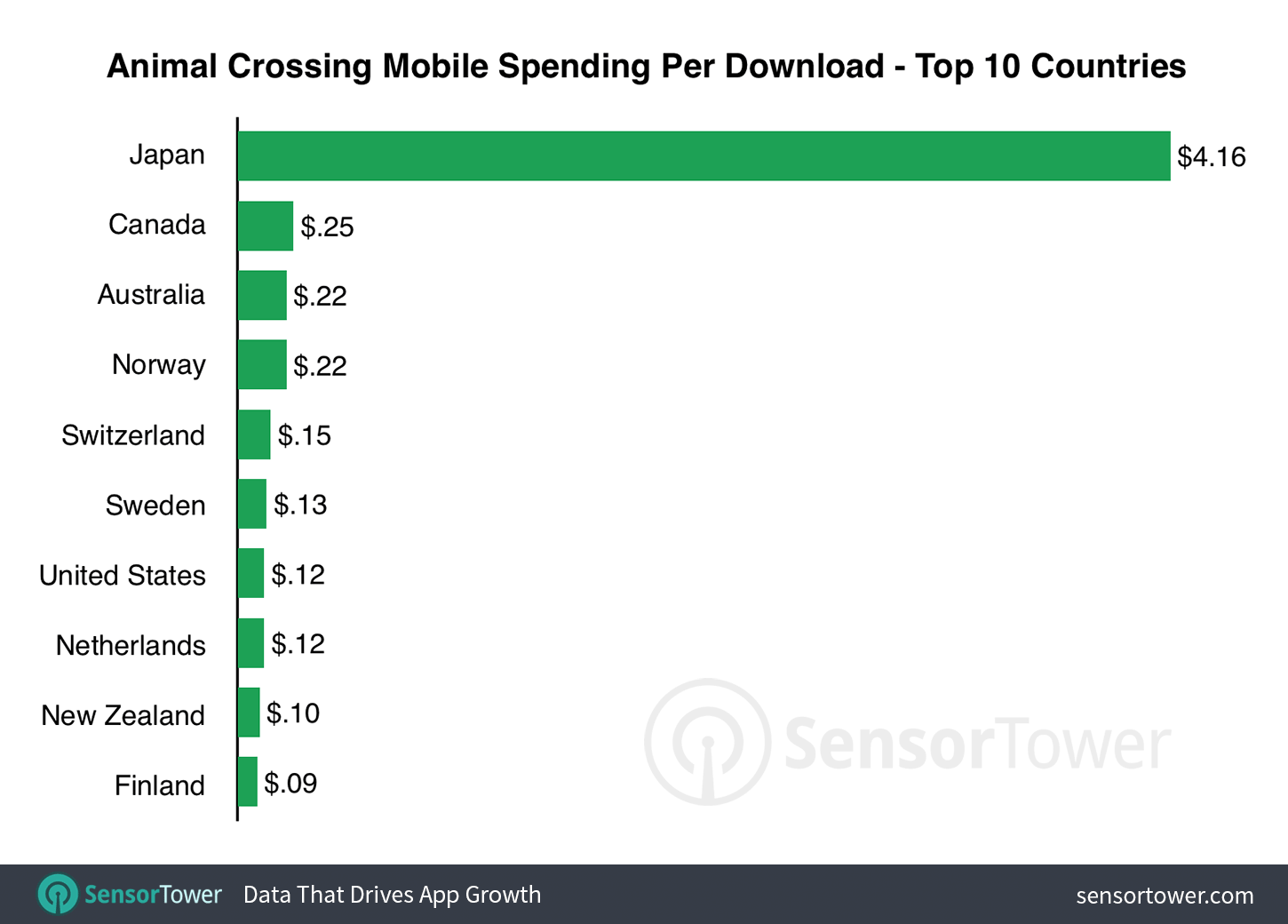