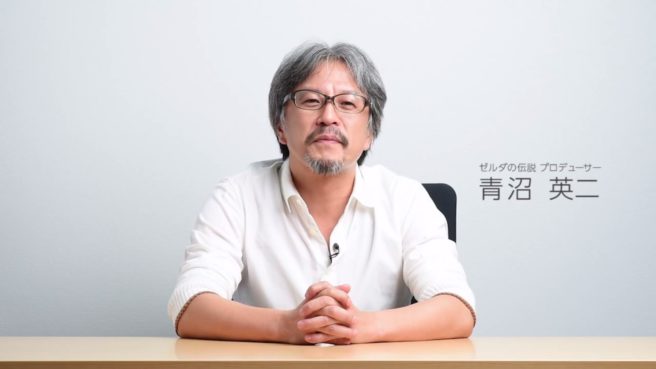 French site Le Monde recently put up a new interview with Zelda series producer Eiji Aonuma about Breath of the Wild. Aonuma touched upon plenty of topics, including development (such as team size), the Shrines, art style, and more.

We’ll be working on a proper translation of the interview over the next few days. For now, find a summary after the break.

– Team consisted of about 300 staffers
– 4 years of development
– Listens to Japanese fans in particular for feedback due to it being his native language, but looks to consider feedback worldwide
– Aonuma points out that North American players aren’t big on upgrading abilities to progress similar to Monster Hunter
– Nintendo was criticized for the lack of freedom in the past, with different areas being connected by small paths
– The player now has freedom similar to the original Zelda
– Aonuma believes Breath of the Wild will be a key entry in the series
– Experience points and leveling up was never considered
– Rather, Nintendo decided to implement the weapon system
– To obtain high-level equipment, players need to be smart about how they approach the game
– Link’s speed is adapted to the pace of the game
– There are many things that are hidden in the world, and you can run at full speed, but you may miss a lot by doing so
– With Skyrim, he likes how when you enter a new town, it feels different from other ones you’ve visited
– He wanted to create something like this, but in a different way
– This is why you can climb anywhere
– On Shrines: having them all be long/complex means players wouldn’t complete the game
– Nintendo made Shrines to be rewards rather than actual trials
– Shrines are very different from those of previous Zelda, though some are much larger and have a boss at the end similar to traditional dungeons
– Nintendo has done away with dungeons that have a particular theme
– Even if you come across a shrine located in a forest, it won’t necessarily carry that theme
– Architecture not based on specific real life locations
– Inspired by different pieces of architecture from around the world
– For Zelda: Ocarina of Time, this was an exception in creating the Temple of Time
– Aonuma wanted to have more islands in Wind Waker, but hardware limitations prevented that
– Criticism from that game didn’t inspire Breath of the Wild, including the art style
– Art style was chosen so that objects could be more easily seen in the world
– Artists have also been brought up on Japanese animation
– Aonuma stopped leaving messages to his son in his games since his son told him that he had grown up, and didn’t need them anymore
– Aonuma wrote the lines for the old man you find at the start of the game