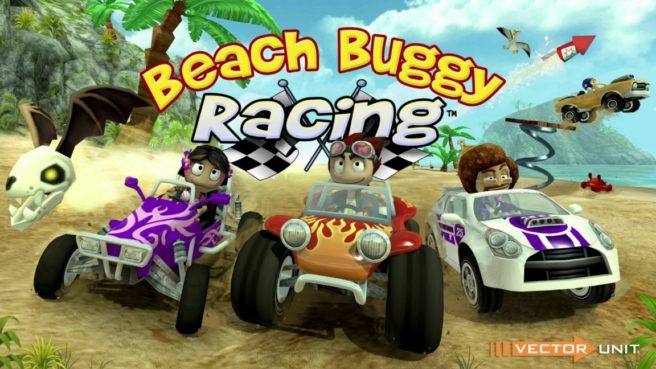 Beach Buggy Racing is making its way soon to Switch, according to the European eShop. It could be arriving as early as next week based on a listing from the store.

Beach Buggy Racing is a kart racer that previously came out on other platforms. It features six game modes, fifteen tracks, various power-ups, and more.

We could be seeing Beach Buggy Racing in Europe on July 27 assuming the eShop listing is accurate, and likely in North America soon as well. Find a bunch of game details and a trailer below.

Drive into an action-packed, surprise-filled world of off-road kart racing mayhem! Race against a field of rival drivers, each with unique personalities and special abilities. Build a collection of crazy powerups, like Dodgeball Frenzy, Fireball, and Oil Slick. Unlock and upgrade a variety of cars, from dune buggies to monster trucks. Test your skills in 6 different game modes on 15 imaginative 3D race tracks, against a pack of tropical-loving rivals with a serious case of road rage!

Fast, furious, and fun, Beach Buggy Racing is a kart-racing island adventure for all ages.

Exciting Kart-Racing Action
Utilize your driving skills and a collection of creative powerups to fight your way to the finish line. It’s not just a great looking 3D racing game, it’s an epic battle with spectacular physics-based gameplay!

Cool Cars to Customize
Use your winnings to collect and upgrade a garage full of unique cars, from monster trucks to muscle cars to lunar rovers!

Over 25 Amazing Powerups
Beach Buggy Racing crushes other kart racers with over 25 totally unique Powerups … and more Powerups are coming!

Collect a Team of Racers
Recruit a team of drivers to play with, each with a unique special power like teleportation, flaming fire tracks, and confusion spells.

Race shoulder-to-shoulder with up to 4 friends on one screen!