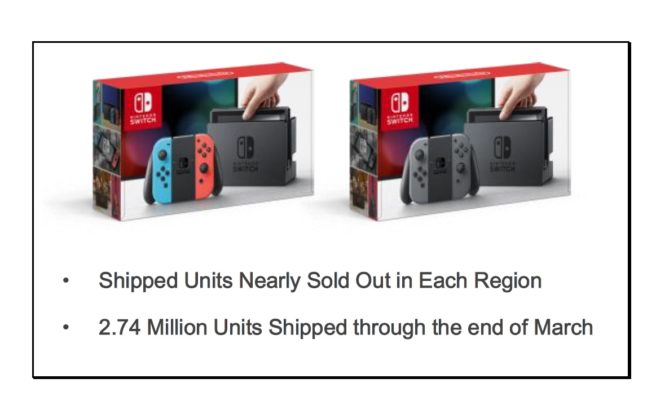 Nintendo Switch launched on March 3 to very strong demand. It continues to be sold out practically worldwide. Our initial plan was to ship two million units by the end of March. But as we announced yesterday, we have already shipped 2.74 million units through the end of March. Overall, sell-through of Nintendo Switch stacks up well, even in comparison to hardware that launched during holiday seasons. Given the timing of its launch and the rate at which the market is buying it up, Nintendo Switch is definitely off to a solid start. To take advantage of Nintendo Switch’s momentum, we will be bolstering our manufacturing and improving our supply situation going into the holiday season.

As we announced the other day, numbers provided by the NPD Group show that sell-through for Nintendo Switch topped 900 thousand by the end of March. This makes it the highest-selling Nintendo hardware in its launch month we have ever had. 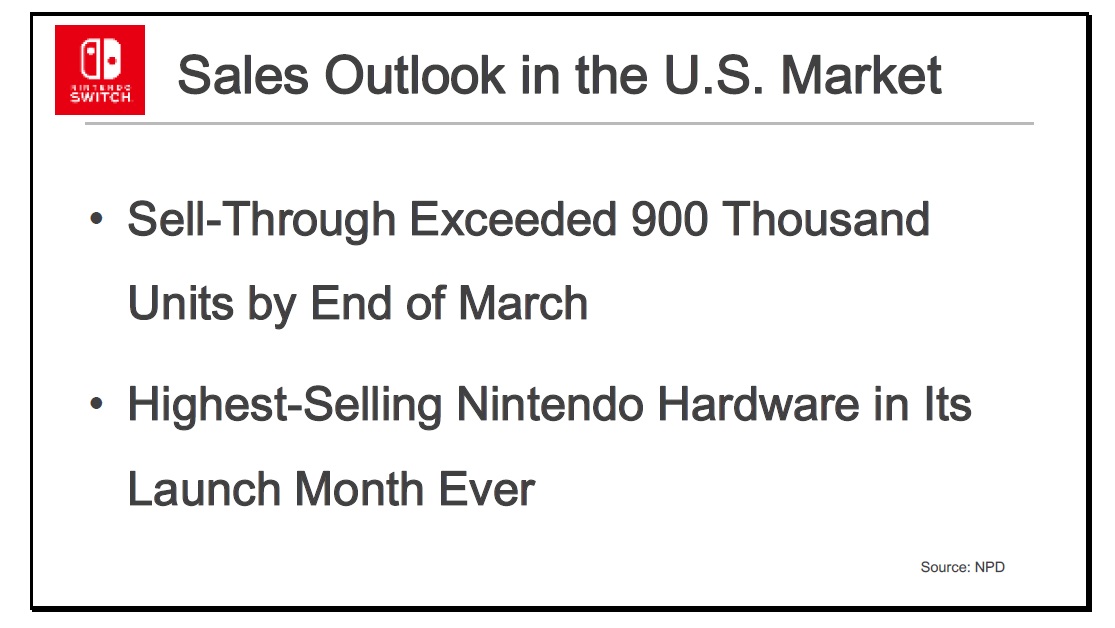 Let’s take a look at the kinds of consumers who are purchasing Nintendo Switch. These are the results of an Internet survey that was given to consumers in the U.S. market who had linked a Nintendo Account to their Nintendo Switch system after launch. It is clear to see that purchases are primarily made by male consumers in their 20s and early 30s. The results also show good interest among consumers in the 10 to 19 age range, which we see as a sign of our expanding demographics. 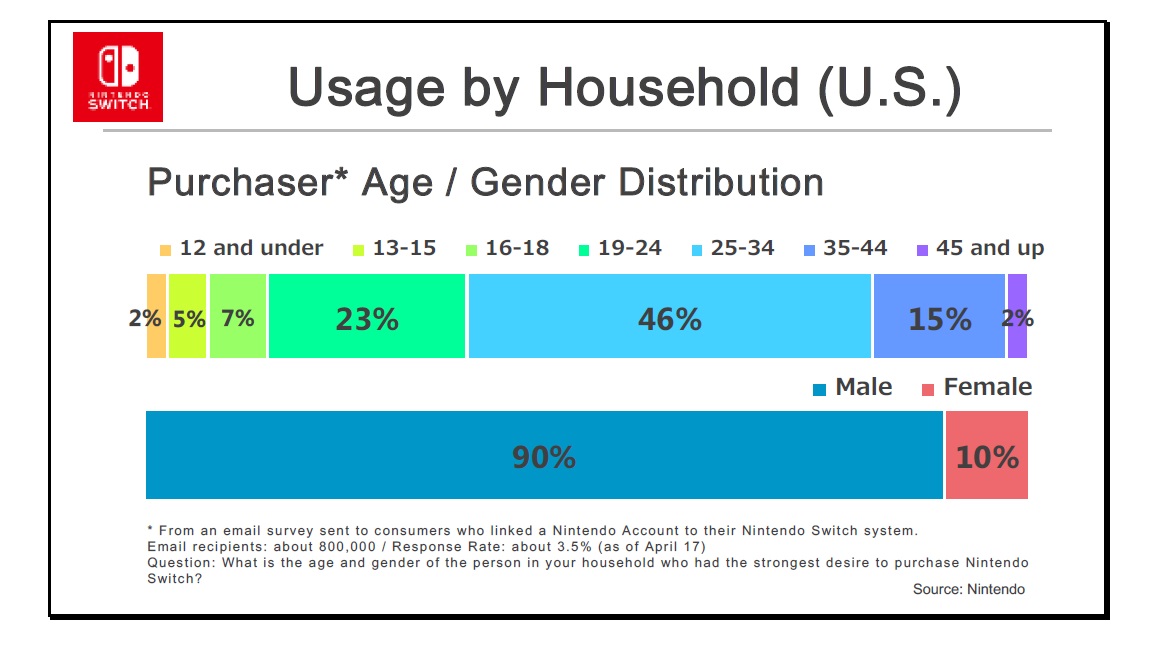 Also from the same survey, these are the answers to the question, “Including yourself, how many people in your household may play Nintendo Switch?” Over two-thirds of respondents said there are multiple people who might play Switch in their household. This data is only from one survey of the U.S. market, but we have already seen a similar trend from a survey in Europe during this same period. When multiple people in the same household pick up
Nintendo Switch and talk about it, they build their engagement with it. Nintendo Switch comes with a pair of controllers right out of the box. We will use this advantage to help encourage even more people from even broader demographics to play. 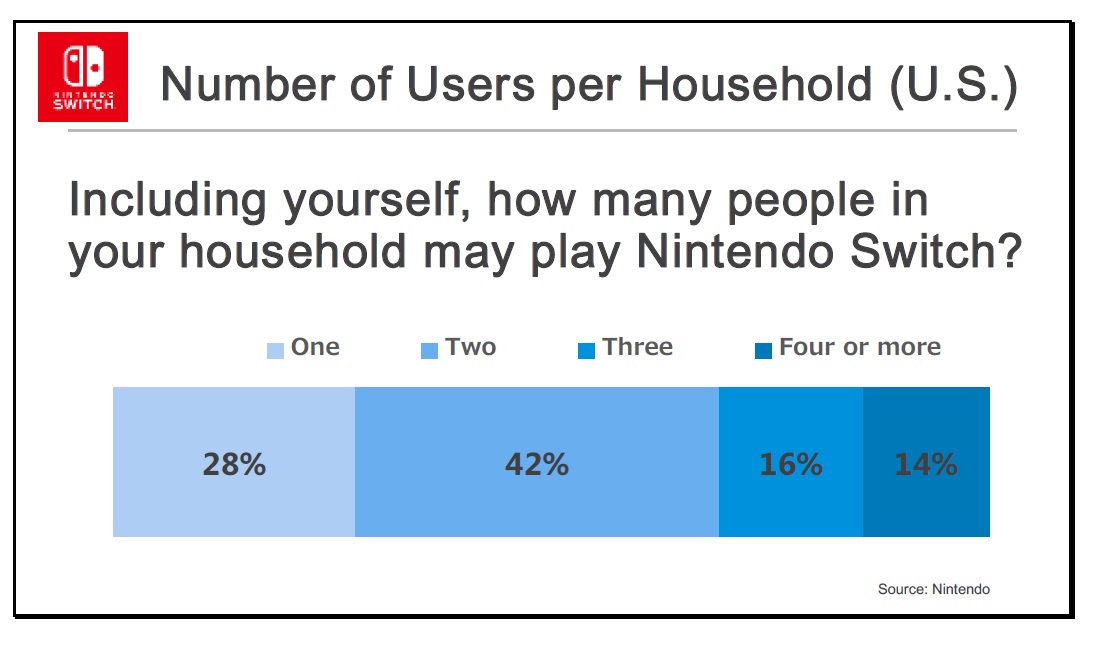 As we’ve seen, the response to Nintendo Switch is positive and it is off to a great start. The fundamental concept behind Nintendo Switch is for it to be played anytime, anywhere, with anyone, and thus offer new experiences that had not existed before. We believe that this shows that consumers around the world were able to grasp this concept quickly.