Metal Slug 2 is next week’s NeoGeo game on Switch 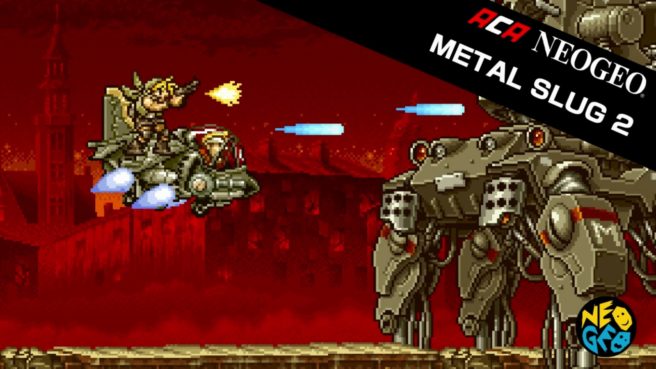 The European eShop has updated with a listing that confirms next week’s NeoGeo game on Switch. On July 6, Hamster will publish Metal Slug 2.

We have the following overview from the eShop:

Metal Slug 2 is an action game released by SNK in 1998. Players can choose from Marko, Tarma, Eri and Fio, with the aim of defeating Mordern’s Rebel army which is plotting a coup once again. In addition to the Heavy Machine Guns and Shotguns from the previous games, new weapons such as laser guns have been added for even more variations.