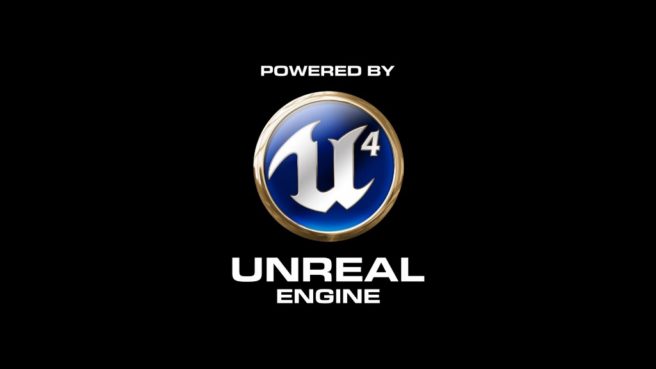 The lecture began with the reasons as to why Unreal Engine hadn’t been formally supported on Nintendo platforms until recently from the viewpoints of both Epic and Nintendo. Epic’s Kawasaki started by saying that there was a mismatch in timing. Epic couldn’t negotiate directly with Nintendo until they established Epic Games Japan in 2009, and the Wii U was released just when Epic was ending support for Unreal Engine 3. Epic had always wanted to support Nintendo consoles, and that desire is finally realized with Switch. The company had been provided with development materials from Nintendo since it was still in development under the NX code name.

Nintendo’s Mitsuyoshi also agreed on the “timing” aspect. Nintendo had been receiving requests to have Unreal Engine 3 titles on Wii U, so he had been keeping in touch with Kawasaki since then. When Switch was known as NX, developers were interested in using Unreal Engine 4 because that’s the era we’re in now. Kawasaki reached out right at the time when the demand for that was high, so the two sides could start communicating from an early phase.

During the talk, Kawasaki put out a comment, wondering if Nintendo had a chance in heart given how it had been announced that Switch supports various middleware and tools from an early phase. In response, Mitsuyoshi explained that past Nintendo consoles used to be comprised of hardware with unique architecture, so they had to provide their own tools to developers. Switch, on the contrary, uses PC architecture, which makes it match up well with middleware and game engines. That means the Switch is more open when compared to Nintendo’s past consoles as well.

Mitsuyoshi also spoke of the importance of putting Switch into the main branch (for multiplatform development that’s used for PlayStation 4, Xbox One, and PC). Because in a major update for Unreal Engine 4, if Switch was the only version that was delayed for a month, there could be issues in creating games. In accordance with these point, Mitsuyoshi said that the 4.15 update which made Unreal Engine 4 formally support Switch was their first goal.

Nintendo is preparing for free and individual developers to be able to develop titles for Switch, as Mitsuyoshi had been receiving requests from indie developers wanting an easier environment to release titles on the system. The tools are to be sold in prices lower than 50,000 yen. Corporations that have custom license agreement with Epic Games were given development tools at the end of 2016, and also at that time version 4.15 became the main branch.

The free / EULA version is currently undergoing final adjustments from both Nintendo and Epic Games, and is planned to be supported in version 4.16 (to be released around mid-May). However, support for Switch will be only provided to those who have completed registration for Nintendo Switch Developer.

In the next segment, a developer going by the name Shinoyama and Fukushima showed a vehicle game demo for Switch made with the aforementioned dev kit that’s priced under 50,000 yen. Shinoyama said that in order for it to be playable on Switch, developers only need to push a button. Although performance adjustments and optimizations are still required after this, the basic pace of porting is simple with just one button.

Supporting local multiplayer can also be done smoothly. Shinoyama demonstrated that he could add local multiplayer support to the vehicle game demo in just a couple of minutes. Switch-exclusive features such as binding the way of holding Joy-Con (horizontally or vertically) are also supported, which allows flexibility for developers.

Performance settings between Switch’s TV and portable modes can be set in detail, too. Other than Differed and Forward Renderings, Clustered Forward Rendering can also be implemented, and the different rendering modes can be used with corresponding Switch modes. Epic’s Kawasaki and Shinoyama said that only Switch has the selection between these three rendering modes.

Finally, Shinoyama tried running a user-made game for Nintendo Switch, which is Casa Barragan by Makaya Kenichi. Shinoyama said that only the resolution was changed; due to the burden caused by some objects it could only run at 720p, but if adjusted it should be able to run at 1080p.