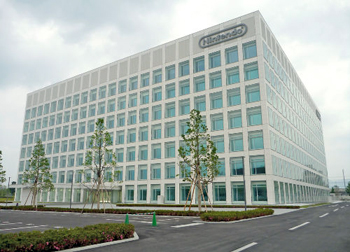 Nintendo’s new development building located near Minami-Ku, Kyoto officially opened on Wednesday. This will be a new base where both Nintendo hardware and software will be produced, and it will promote the product development and initiative of next-generation game consoles.

The building was created in about a 40,000 square meter area, which was originally a golf driving range site that is about 300 meters north of the new head office building development. It is seven stories high, has one floor basement, and is about 50,000 square meters in total. The total cost was about 19 billion yen. Nintendo has roughly 1,000 employees from the development department of the head office and aggregated about 100 people from a software development center in Higashiyama District called “Kyoto Research Center”.