Pokemon Sun & Moon demo: what you need to know about sending stuff to the full version 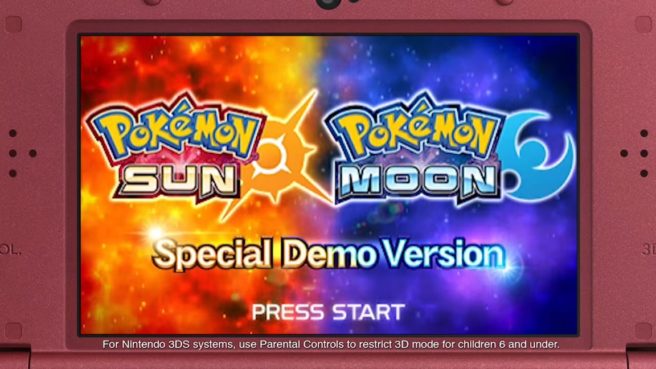 Update 2: The second special event is available if you’ve had the demo for at least four days. There is a small conversation with Lillie, who will be a main character in the full game.

Update: The first special event is now available if you’ve had the demo for at least a day. Talk to the man outside the Pokemon Center to recieve 10 Pretty Wings.

Here is a list of tasks and their respective rewards:

Just like with the Pokemon Omega Ruby & Alpha Sapphire demo, there is an incentive to keep playing the Sun & Moon demo – several events happen only a set number of days after you play the demo for the first time. We don’t know for sure yet, but it seems likely that these events will give you additional items to transfer to the full game. These are the events we could find:

We will keep you updated on these events.