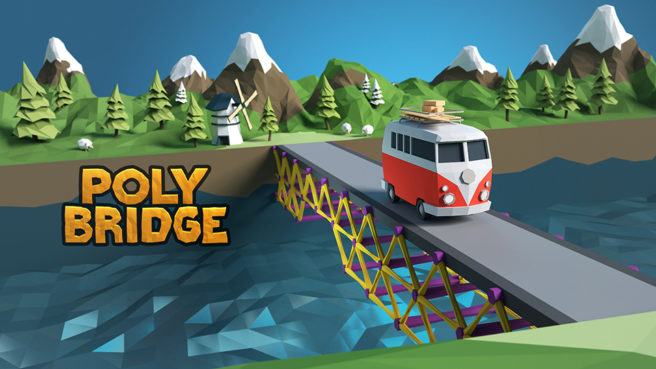 Poly Bridge’s release date on Switch appears to be set. All signs are currently pointing to a December 14 launch.

Over on the European Switch eShop, Poly Bridge is listed for that very day. Nintendo’s website also has the game down for December 14.

We also have this tweet from developer Dry Cactus:

Yes we're looking at a release date of December 14th if all goes smooth!

So December 14 it is then. If you’re interested in Poly Bridge, we have more information and a trailer for you below.

105 Campaign Levels
Sandbox
22 Achievements
Hydraulic Pistons
Moving Drawbridges
Swings, Jumps, and Classic Bridges
Unleash your engineering creativity with an engaging and fresh bridge-building simulator with all the bells and whistles! Play the fully featured campaign with 100+ levels of challenging physics puzzles or make your own puzzles and bridge designs in the Sandbox.

Success begins by getting cars to their destinations by any means; build suspensions, ramps and jumps, double-deckers, moving drawbridges, and much more. Complete every level under budget and with a sturdy, unbreaking bridge, to become a Poly Bridge Master Engineer… and unlock the secret world.