Rocket League dev would consider the game for NX 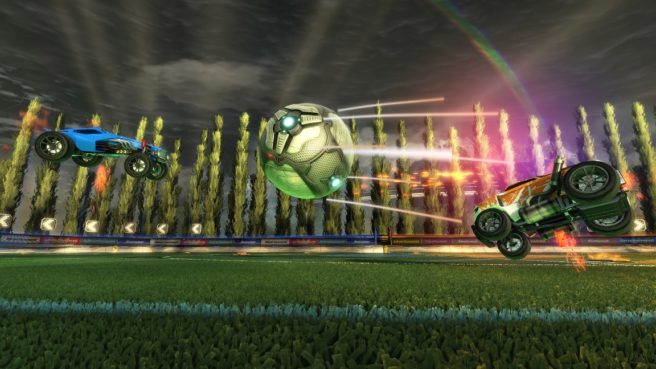 Rocket League has been a bit hit on multiple platforms since its release last year. However, it’s yet to grace any Nintendo console. Wii U is probably out of the question at this point, but NX could be a possibility.

GamingBolt spoke with Psyonix’s Jeremy Dunham about the possibility of Rocket League ending up on the new console. Dunham shared the following on that topic:

Well, the answer to that would be identical to whether or not we would support a hypothetical PS4K. It is certainly something we would consider. We consider all platforms, and whether or not they would make sense for Rocket League, whether or not they fit our timelines, whether or not we can afford to make our games on them. Every new brand new platform you work on, that is development time you take away from adding features to the existing versions of the game, for a version that the public isn’t even playing yet. So these are all considerations we have to make when we bring up new platforms.

Thanks to the Jake for the tip.