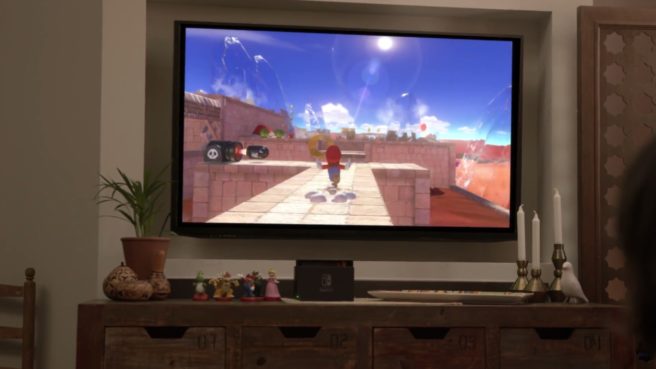 Earlier today, Emily Rogers tweeted out some unconfirmed tidbits about the new Mario title for Switch. Nintendo showed a few seconds from the game during its announcement of the system last month.

According to Rogers, the project is “practically finished.” With that in mind, she believes it could be a launch title as opposed to Zelda: Breath of the Wild. The latter game could still make Switch’s launch window, though Mario “was much further along in development than anyone thinks.”

Here’s a roundup of Rogers’ tweets:

That's not to say that Zelda won't/can't be a launch window title. But 3D Mario was much further along in development than anyone thinks.

This isn't speculation. I'm basing this off things I've been hearing for 3-4 months now. 3D Mario sounds like it's practically finished.

Separately from talk about how far along Mario Switch is, Rogers also noted that Nintendo is including more exploration compared to 3D World and Galaxy. However, she’s unclear if the game features a hub similar to Super Mario 64 and Super Mario Sunshine.

I don't know if there's a hub world, but this new 3D Mario on Switch has more exploration than 3D World and Galaxy. https://t.co/2Wq1kkWmpr