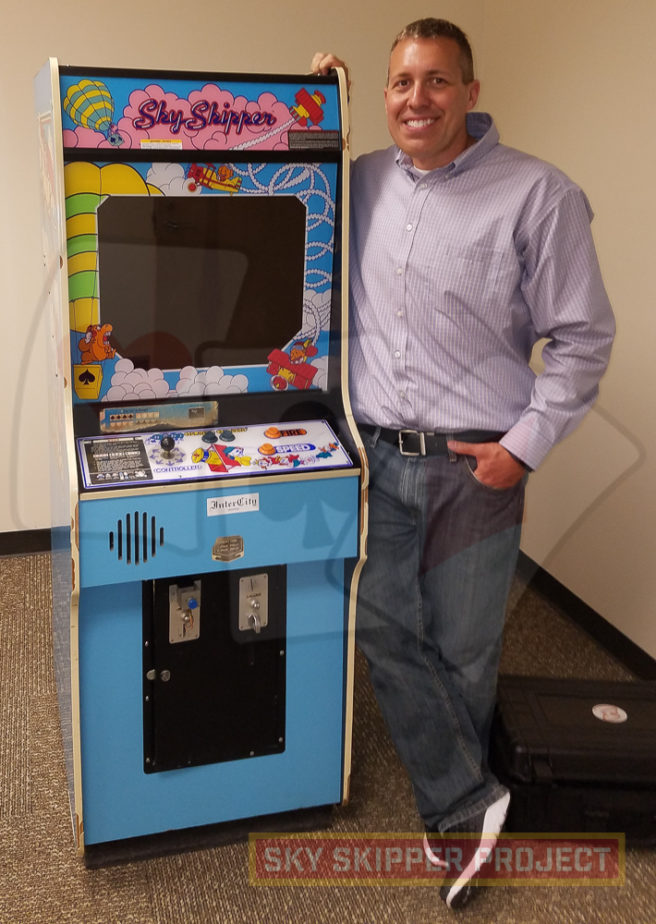 After the smash hit that was Donkey Kong, Sky Skipper was planned as one of Nintendo’s next arcade titles. However, even though it was play-tested and marketed in the United States, the game only released in Japan. Only a small number arcade circuit boards exist, and Nintendo of America houses the only finished Sky Skipper product in the states.

Whitney Roberts, Olly Cotton and Alex Crowley are part of a team looking to create a fully restored arcade cabinet of Sky Skipper next year. Roberts was fortunate enough to gain access to the cabinet at Nintendo of America, and was able to take plenty of photos and scans. You can view a photo of Roberts with the only Sky Skipper cabinet ever made above.

As for why Sky Skipper never came to arcades in the United States, it just wasn’t successful. It went through some play testing at the nearby University campus in the early 80s, but because of a lack of success, the plug was pulled on wider release plans.