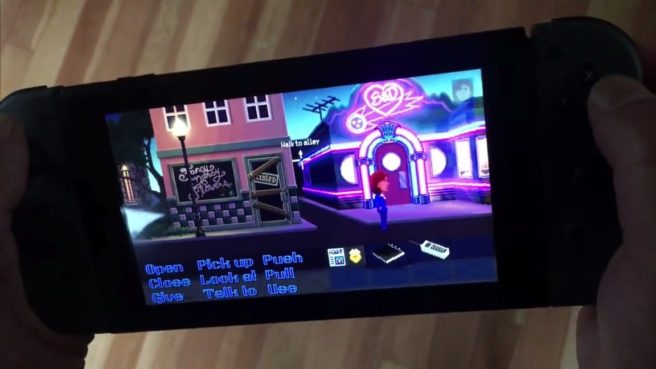 We have a slightly more concrete release window for Thimbleweed Park on Switch. It won’t be this month, but the game should be launching sometime in September on the eShop.

Thimbleweed Park will support both Joy-Con controllers and touch screen controls. This will allow players to easily switch between tabletop, handheld, and TV modes. We don’t have a release date nailed down for the Nintendo eShop yet but expect it to be in September.

In case you missed it previously, here’s Thimbleweed Park running on Switch: