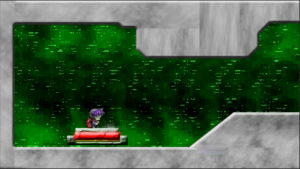 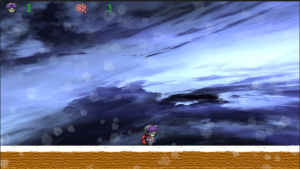 A few days ago, DarKarnage Games announced a new title for the Wii U eShop named “ZombieBoy”. Only a couple of screenshots were shared, but the indie developer has since provided actual gameplay details to Nintendo Everything – plus a look at a pair of new levels.

ZombieBoy is a 2D platformer that tasks players with collecting brains. The game features aliens as enemies that use laser guns, though you can obtain brains from humans as well. Although the current plan is to include ten levels or so, this could change “depending on a few factors”.

In ZombieBoy, “you are the only zombie trying to get to the core humanoid.” You more or less become the root to the zombie plague. However, aliens will attempt to impede your progress as they want to take over the world instead.

All of ZombieBoy’s gameplay is focused on the Wii U GamePad. Miiverse support will be included in addition to potential touchscreen features.

A release date hasn’t been determined at this time, though Darkarnage hopes to launch ZombieBoy before the end of 2014. Development is currently ahead of schedule and there are only a few bugs to address. We’ll let you know when a release date has been settled.