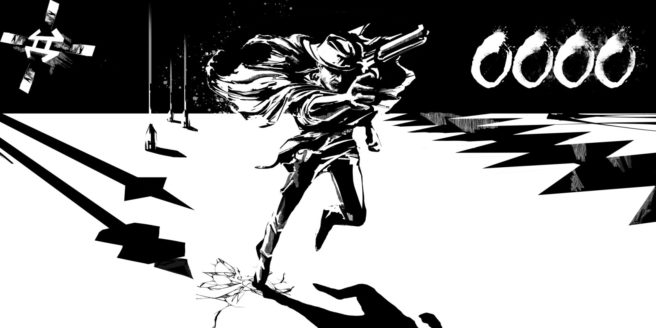 According to an eShop listing, Zero Zero Zero Zero will be released on Switch this week. Ratalakia Games will publish the 1-bit low-fi platformer on February 7 via the eShop.

Zero Zero Zero Zero is a unique 1-bit low-fi platformer that sets to challenge players in a plethora of levels that will require skill and careful maneuvering. Dodge, shoot, and jump your way through randomly selected levels as you progress or die.

Featuring a smooth, spectacular soundtrack to groove to while jumping your way through hazards and enemies.

Do you have what it takes to complete all 100 levels?

A fast-paced, difficult, but fair gaming experience.
100 challenging levels.
Race Mode, where players can go head to head against a friend to see who is the true master of the 1-bit platformer genre.
Randomly selected levels that trigger after every death and level completion.
Low-fi graphics complimented with an awesome electronic music soundtrack by Levi Bond.