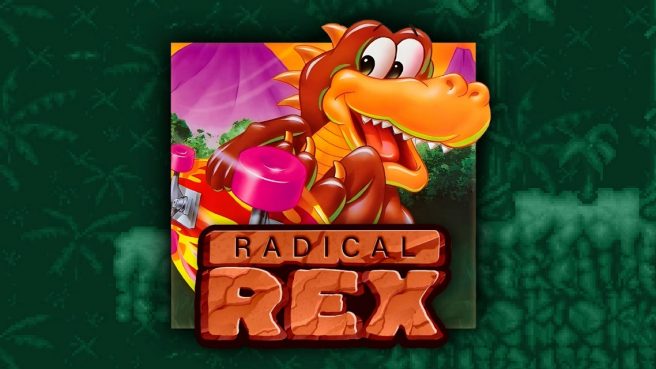 Radical Rex, which first came out in 1994, is returning on Switch. QUByte Interactive has announced that it will release the game on September 8, 2022.

Radical Rex has a bit of an interesting history as it’s actually a remake of Baby T-Rex, which debuted on the Game Boy in 1993. The title landed on the SNES as well as the SEGA Genesis. In 2019, it was brought back for PC, and it looks like this is what the Switch edition is based on. QUByte Interactive and Piko Interactive are partnering together here.

Below is the official eShop description with further information about the game:

Come hang with Radical Rex. He’s the raddest, baddest fire-breathing Tyrannosaurus ever to shred prehistoric pavement! This bad-boy-on-wheels is out to save the dinosaur race.

Check Rex thrashin’ on his board, sportin’ his flame-breath, bustin’ out with killer jump-kicks, swingin’ on vines and blastin’ out screen-shaking roars. Excellent!

Rex keeps you groovin’ while you keep him movin’ past twenty of the meanest prehistoric nasties to rock his dino-world. No sweet for Rex – ‘cuz he’s too hip to be extinct!

Radical Rex will cost $7.99 on the Switch eShop.