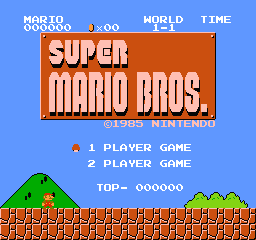 It’s the 25th anniversary of the release of the classic platformer, Super Mario Bros., and I figured I had to do something to celebrate – but what? Broadcast a 25-hour livestream of nothing but Mario games? Too bandwith-consuming. Write a list of the best Mario games? Too subjective. Finally review Super Mario Galaxy 2? Too logical. So instead here are a bunch of fun facts about our favourite pudgy plumber.

1. Mario was originally named “Jumpman,” however his name was changed because he bore an uncanny resemblance to the landlord of Nintendo’s office – Mario Segale.

2. Charles Martinet is the current voice of Mario, but he also provides the voice of Luigi, Wario, Waluigi, Toadsworth and Baby Mario.

3. In his first appearance in Donkey Kong, Mario was a carpenter. Since then, he’s also been a plumber, doctor, archaeologist, referee, competitor in almost every sport, and typing tutor.

4. Mario’s appearance comes partly from the hardware limitations around the time he was created. His sprite wasn’t large enough to fit in a mouth so he got a moustache instead, his distinctive hat was added because it was too difficult to animate hair, and his overalls allowed for his arms to be animated clearer due to them being a different colour to the rest of his body.

5. There is a series of comics in Japan titled “Super Mario-Kun” that has been running for almost 20 years. They chronicle the adventures of a super-deformed Mario through many games in the series including Paper Mario, Mario Party, and even Yoshi’s Safari. 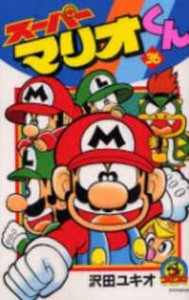 6. Mario has appeared alongside his younger self, Baby Mario, in no less than seven games. Only once did it actually make any sense.

7. When Mario first appeared, his shirt was blue and his overalls were red – the opposite of what they are today.

8. While it’s now unthinkable that a Mario game would appear on a non-Nintendo console, Mario has also starred in games on the PC, Panasonic CD-I, Commodore 64, ZX Spectrum, Intellivision, Colecovision, and various Atari consoles.

9. If you count remakes and ports, Mario has appeared in over 200 games, meaning he shows up in, on average, more than eight games a year.

10. As well as fighting other Nintendo characters in every game of the Super Smash Bros. series, Mario has also appeared in games alongside characters from Final Fantasy, Dragon Quest, Sonic the Hedgehog, Pac-Man, and even Tamagotchi.

11. Mario’s trusty steed, Yoshi, was first introduced in Super Mario World. Since then, he’s always been on hand to eat enemies, save smiling trees, and be sacrificed to increase Mario’s jump height.

12. Mario has actually been the villain in two games – Donkey Kong Jr. and the little-known Game & Watch title, Donkey Kong Circus. In this game, Mario forced Donkey Kong to put on a performance at a circus by balancing on a barrel while juggling pineapples and dodging flames. What a jerk.

13. Mario has taken on plenty of different forms over the year, with mushrooms, flowers and different articles of clothing giving him often-unexpected powers. The cape from Super Mario World is still the coolest, though. 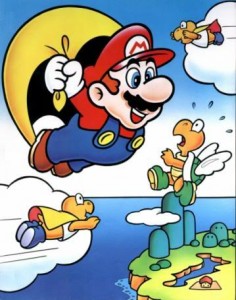 14. The whole Mario series is the best selling video game series of all time, with over 200 million games sold worldwide.

15. According to the Super Mario Bros. movie, Mario’s full name is Mario Mario. However, we like to pretend that movie never existed, so we’re going to say that isn’t canon.

16. The original Super Mario Bros. was the bestselling game of all time until recently, when Wii Sports managed to outsell it.

17. At least in the US, every Nintendo console up to the Wii launched alongside a new Mario title (if you’re counting Luigi’s Mansion as a Mario game).

18. Whether he’s driving a go-kart or participating in sports events, Mario is almost always portrayed as the most balanced competitor with average stats in every field.

20. Mario has even been in Happy Meals. A bunch of Mario toys were included with the fat-laden fast food to promote Super Mario Bros. 3.

21. Mario’s name in Spanish is Mario.

22. Not only did famous game designer, Shigeru Miyamoto create Super Mario Bros., he also drew the boxart for its original release on the Famicom. He considered hiring a professional to make it, but time constraints forced him to draw it himself. 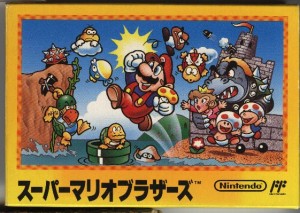 23. Mario’s main antagonist is the King of Koopas, Bowser, but he wasn’t always the giant fire-breathing turtle that he is today. Miyamoto had originally imagined him as an ox, but other staff members claimed he looked more like a turtle instead, so the design was changed.

24. The first Mario game that was developed without any input from Shigeru Miyamoto was Super Mario Land, released on the Game Boy in 1989. The game was instead produced by the late Gunpei Yoko.

25. September 13th 2010 was the 25th anniversary of Super Mario Bros. being released in Japan, but it wasn’t released in the United States until early 1986. Even back in the 80s Nintendo wasn’t paying attention to any of the PAL regions, so Super Mario Bros. didn’t come out in Europe until 1987.