2D adventure game What Lies in the Multiverse announced for Switch 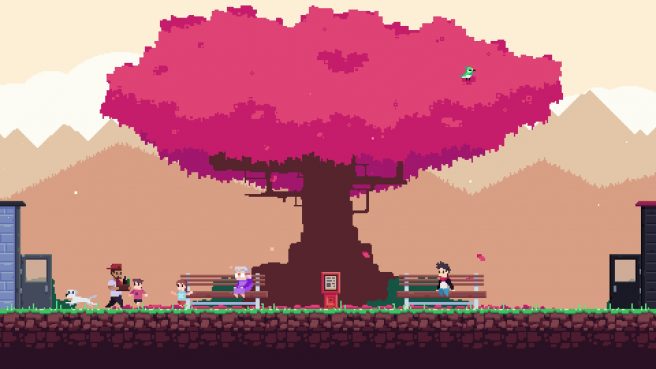 Publisher Untold Tales, along with developers Studio Voyager and IguanaBee, have announced What Lies in the Multiverse. The dramatic comedy adventure will be appearing on Switch in early 2022.

We have the first details on What Lies in the Multiverse below.

What Lies in the Multiverse is a story-driven, 2D adventure that one could call a dramatic comedy. Filled to the brim with hilarious, cartoonish hijinks, the narrative also presents the player with mature and deep themes like death, envy, and obsession.

When a gifted boy (known only as The Kid) is zapped into a totally new universe, he encounters Everett – a sarcastic, eccentric, and mysterious scientist with the power to shift dimensions. Bonded with a dangerous mutual curiosity for parallel worlds, they embark on an investigation into the unknown. Together they venture off to a strange island where they will find key answers about Everett’s past and the universe, all while being hunted by old yet dubious acquaintances who are looking to capture them and put a stop to their dimension shifting shenanigans.

Would you like to change the game world on the fly? Now you can! Can’t reach a ledge? Bam! Switch worlds mid-air. Afraid of sliding around an icy environment? Alternate to another universe for firmer ground! Just be careful when messing with gravity…

Embark on a journey across a variety of gorgeous pixel-art worlds, each offering something unique. Explore temples, towns, harbors, the wilderness and more as you race to unlock the secrets of the Multiverse.

Meet a bunch of quirky but compelling characters such as Everett, your eventual genius companion. Picture a sarcastic, eccentric Albert Einstein. Then there’s EZ, a mysterious figure everyone fondly remembers but can’t describe. And of course, ZENITH, a group of enigmatic and shadowy figures always breathing down your neck.

While staying true to its light-hearted nature, the story’s poignancy builds as you progress. A rollercoaster of laughter, joy, and sorrow awaits.

And here’s the debut trailer for the game:

What Lies in the Multiverse will debut digitally on Switch as an eShop download.