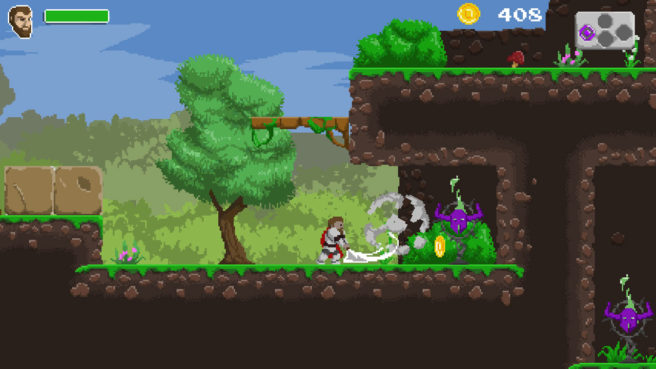 QUByte Interactive is bringing the 2D platformer Aldred: Knight of Honor to Switch next week, the company has announced. It will be available via the eShop as of October 8.

Here’s an overview of Aldred: Knight of Honor, along with a trailer:

In Knight of Honor you are Aldred, the most powerful swordsman of the divine flame, passing through innumerable obstacles and war bosses to rid the kingdom of a great evil.

To progress in the game you need to be careful, each monster must be faced in a different way, switching weapons and spells can help you a lot. The amount of obstacles increases at each level, so it is imperative that you get some potions and upgrades on the merchant.

Each level contains objects to destroy, pieces to collect and people to rescue, if you are a player who likes challenges you will find many achievements in this 2D adventure game.

– More than 20 different and challenging stages

– Hidden objects and fragments of story

– Special objects to destroy and collect