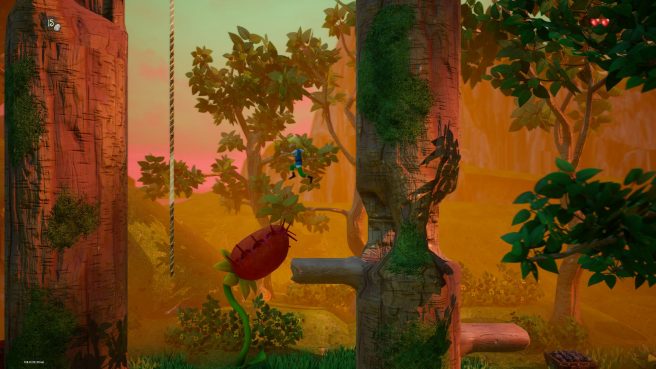 Zordix Publishing and Ravn Studio today announced Captain Sabertooth and the Magic Diamond, a 2D platformer set in a 3D world. It will release this holiday on Switch.

Set in a world of pirates and tropical islands, there is perhaps no villain more feared or more cunning than the dastardly Captain Sabertooth. For years, Sabertooth has controlled the Seven Seas from his mighty ship The Dark Lady. He’s convinced that YOU know the location of a legendary magical diamond and you can either walk the the plank or help him find it.

Explore the world of Captain Sabertooth in classic 2D platforming action built in a lush, detailed 3D world, where your exploration skills will be just as important as your skill with a number of pirate tools.Use your trusty sword and slingshot against jungle animals, pirates risen from Davy Jones’ Locker, and the fearsome Maga Khan’s monkey army, determined to keep you away from your prize. Sink to the depths of the ocean’s bottom in diving gear or swing from the treetops as you inch closer to finding the Magic Diamond.

Keep friendly with the rest of the pirate crew with swashbuckling minigames that will have you playing pinball with a pirate stuffed in a barrel, using The Dark Lady’s cannons for some target practice, navigating treacherous jungle rivers, and more, all while decking your cabin out with glittering treasures and prizes you’ve collected during your adventure.