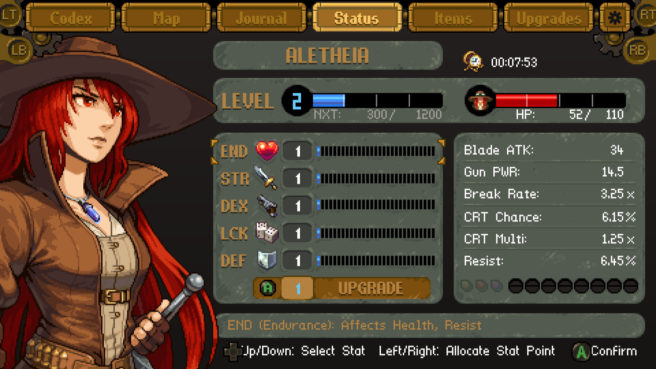 Developer Metamorphosis Games and publisher Sold Out announced today that their 2D steampunk platformer Gestalt: Steam & Cinder is coming to Nintendo Switch. It’ll be released sometime this year. Here’s an overview of the game:

Join Aletheia and a vibrant cast of characters as they find themselves embroiled in a race to discover the secrets of the massive, steam-powered city of Canaan, the last bastion of mankind. Unravel centuries-old conspiracies, battle hosts of monstrous automata and thwart the twisted schemes of the city’s corrupt overseers, the Comitium, as you fight for mankind’s survival and discover the dark truth of the Steam City’s origin.

● Mesmerizing Art – Traverse a vast and stunningly handcrafted steampunk world, from the thriving city streets of Irkalla to the sprawling Scrap Sea, all embellished with spectacular animations and gorgeous backdrops.

● Grow Your Skills – Gain experience and craft new abilities to tap into the mysterious power dwelling within Aletheia as you discover new areas, smash through secret paths and take on the Steam City’s toughest enemies.

● Shape Your Fate – Make decisions that will shape the fates of Aletheia and other characters you’ll meet along your journey.