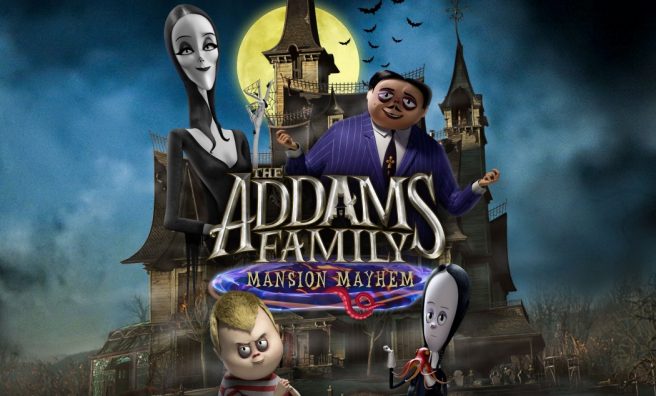 Here’s some additional information and the debut trailer:

In this hilarious 3D platform adventure, play as Wednesday, Pugsley, Gomez, and Morticia in 4-player co-op for an exciting family game fright! Help the Addams Family save their mansion from a mysterious visitor who is dead-set on taking over. Explore the mansion’s darkest depths, magical mysteries and discover secrets while utilising each character’s special abilities, including Gomez’s Mazurka Saber and Wednesday’s pet octopus Socrates. Solve puzzles together and find relics that reveal the mansion’s hair-raising history.

– Join the Family: Experience the kooky world of the Addams Family in an original story based on the hit animated movie franchise!
– Save the Mansion: Piece together the horrifically exciting history of the Addams Family Mansion in a 3D platforming adventure!
– Competitive Mini Games: Jump, bump and race your way to victory!
– Solo or Together: Explore the Addams Mansion alone, or with up to 4 players on the same screen!

The Addams Family: Mansion Mayhem will be available both physically and digitally at launch.