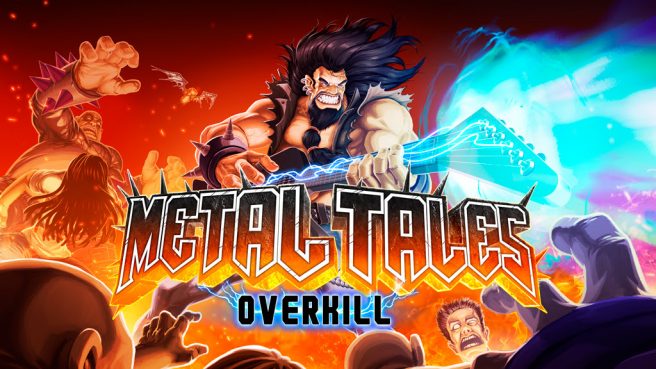 Zerouno Games opened a Kickstarter yesterday for Metal Tales: Overkill, an upcoming 3D roguelike guitar-shooter. In just eight hours, the €5,000 goal was reached. That means we’ll be seeing it on Switch.

Here’s some information about Metal Tales: Overkill plus a trailer:

Metal Tales: Overkill is an action-adventure game where Metal and Adrenaline clash to give you the ultimate 3D roguelike guitar-shooter. Will you manage to defeat all the metal gods, save the world and become a metal god?

In Metal Tales: Overkill, the God Kuk has possessed all the guitar gods, and through them, the metalheads. Through infinite concerts, his legion of metalhead zombies is wiping out every original creation of the bands and their fans. Fight against the looming curse affecting your Metal brothers and free them from an ancient evil. Plan your path and play as you want with procedurally generated levels that will change the game every single playthrough.

Metal Tales: Overkill launches for Switch in early 2021. You can contribute to the game on Kickstarter here.