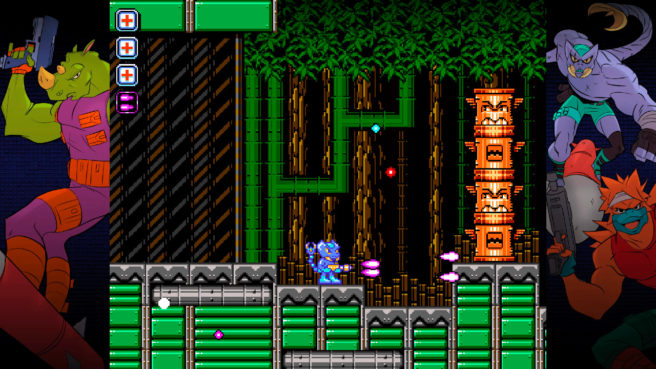 Publisher Ratalaika Games and Spicy Gyro Games have announced that Clash Force, an 8-bit run-and-gun title, is arriving on Switch this week. A release is planned for July 3.

We have the following overview and trailer for Clash Force:

The Evil Crackman and his minions are causing mayhem, and only Clash Force is up to the task of stopping his fiendish plans! GuideVoom, Scorpido, or Echid through forest bases, hydrofied deserts, underground mines and eventually to Crackman’s Flying Fortress where the final battle will unfold!

Dodge enemies, shoot your foes, and collect better powerups to reach Crackman’s fortress and save the day in this love letter to classic 8-bit run-and-gun action games and 80s cartoons! Can you save the day?

Over 20 stages of frantic retro action
Multiple weapon upgrades to make wasting enemies a snap
Pick from three difficulties, perfect for the novice OR the 1980s game masters
Auto-save feature lets you pick up where you left off