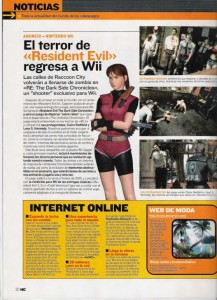 “The game will go on sale at the end of 2009 and will coincide with the reissuing of the Wii classic renditions (Resident Evil 2, 3, and Code Veronica) that will have the same technical section and control system specifically adapted for Nintendo’s console.” – Rough translation