Major League Eating: The Game confirmed for WiiWare this Monday 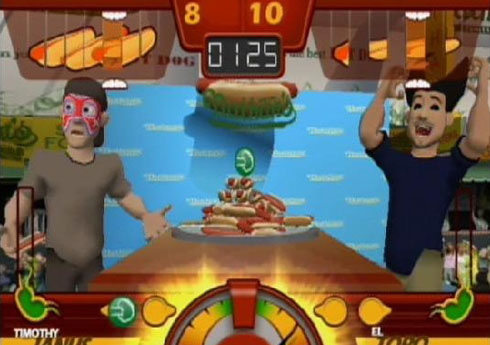 “Top level competitive eaters are more than brilliant athletes and tacticians, they are more than fierce competitors. These brave men and women are artists of the alimentary canal, warriors who create living poetry with each wiggle of the epiglottis. Each gurgitator is like a classical musician in a symphony of salivation, A pile of hot dogs sing like a Stradivarius in the hands, mouth and stomach of maestros like Joey Chestnut or Takeru Kobayashi. It took more than thirty artists, engineers and designers, and of course the Wii’s motion sensitive controller and excellent online abilities, to recreate the Major League Eating experience as a videogame. But we did it.” says Bill Swartz, Head Woof at Mastiff.